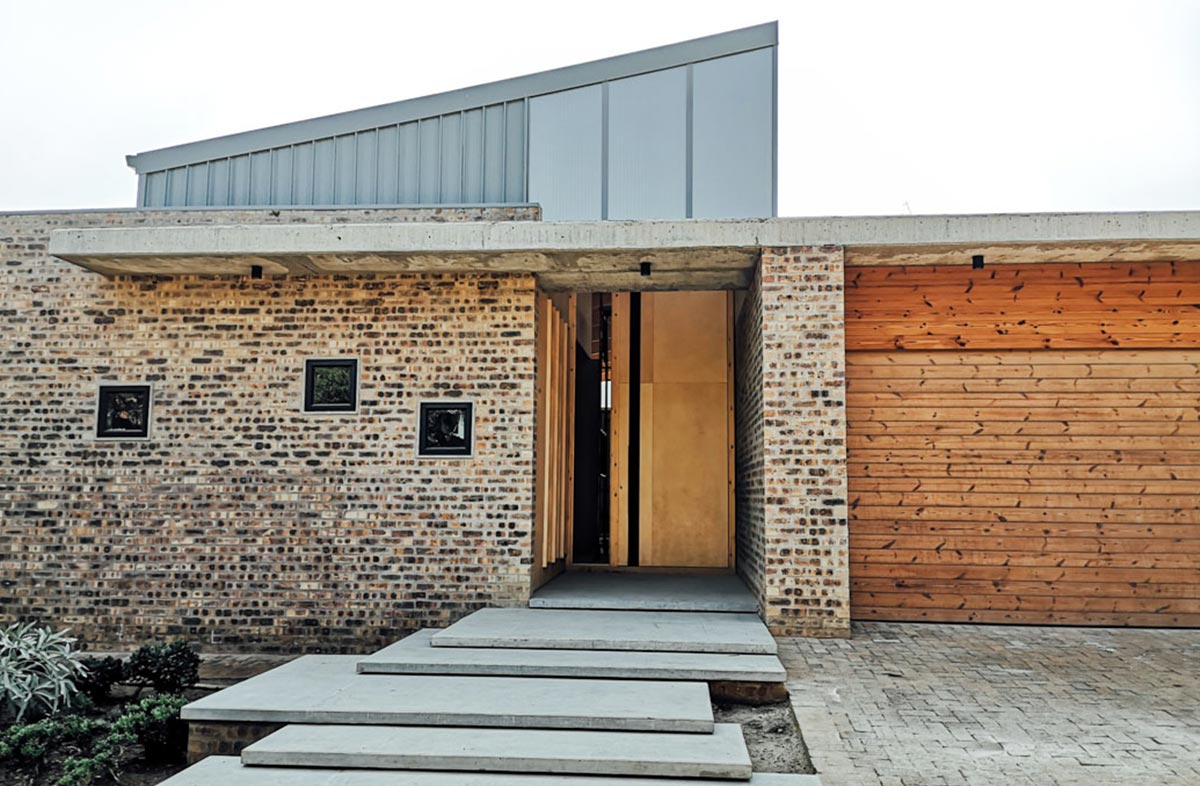 The client is an important part in the making of a home for his/her and their family, in some cases, they can be very prescriptive and in others, they would give the architect full control of making most of the design decisions. In the case of house Schnebel, they chose to be very involved from the word “go”. Literally, 3 full design iterations, which involved 2 full City Council approvals, finally the third option was constructed. The first of these options that were approved was a double story house. In the end, the client preferred the simple asymmetrical H-plan configuration.

The site – (a somehow flat, boxed-in site in a residential estate). The plan and site allowed for 3 courtyards and a large open space in front of the house. We chose not to build a wall or fence on the southern street front to allow a large open landscape area. The southern façade of the house forms the wall to the street, with planted screens and a few openings facing the street. A generous opening is carved into the wall to create an entry on the street. A 1:5 volume space forms the main circulation space between the living area and the bedroom wing. Light illuminates the space through eastern clerestory windows constructed of a multiwall, polycarbonate system. The larger volume of the space is covered with laminated spruce beams and a spruce plywood ceiling. The volume of the other spaces has a horizontal roof floating over the brick wall and glass façade.

Material Use – A simple palette of materials were used. The external walls are built with a simple Clinker brick that is flush jointed. Clinker bricks create an extremely earthy texture. The aluminium glass facades, high-performance glass, provide thermal comfort to the living spaces. The roof and shading structures float over the brick walls to shade the glass façade from overheating during the summer season. Tinted high-performance glass is used for the sliding doors facing west. The crafting of the home with the client, which was an owner-built project, was an exciting and always educational process.

Finally, the landscape design was a palette of well-considered indigenous plants and trees. The small garden is a walkable garden with meandering paths 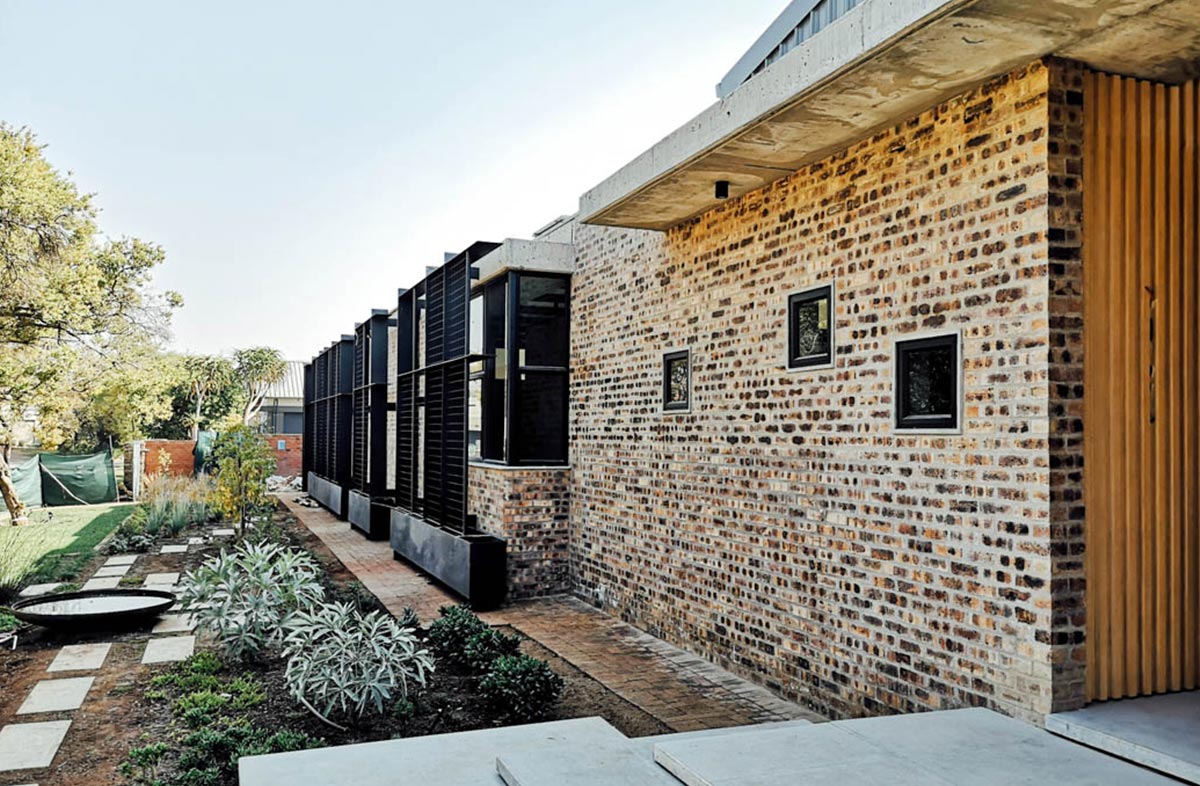 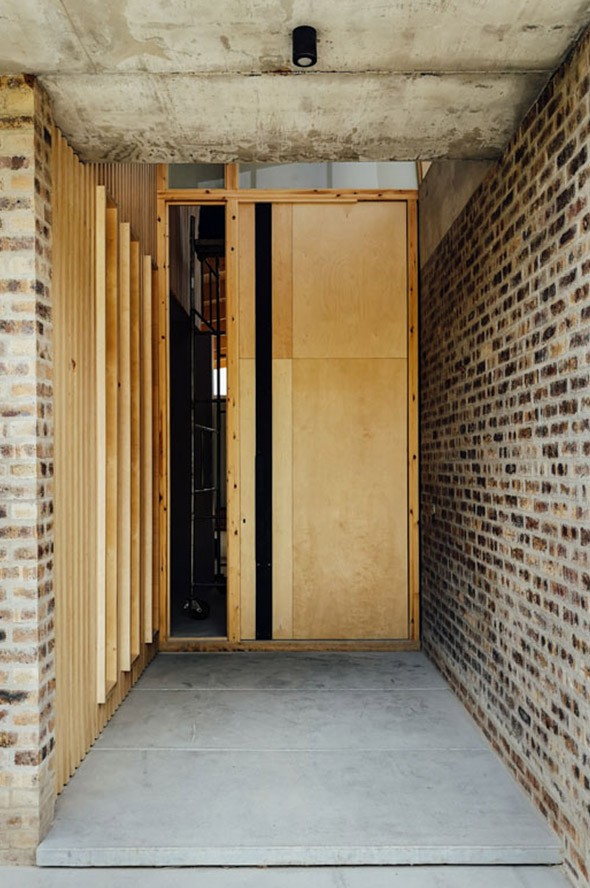 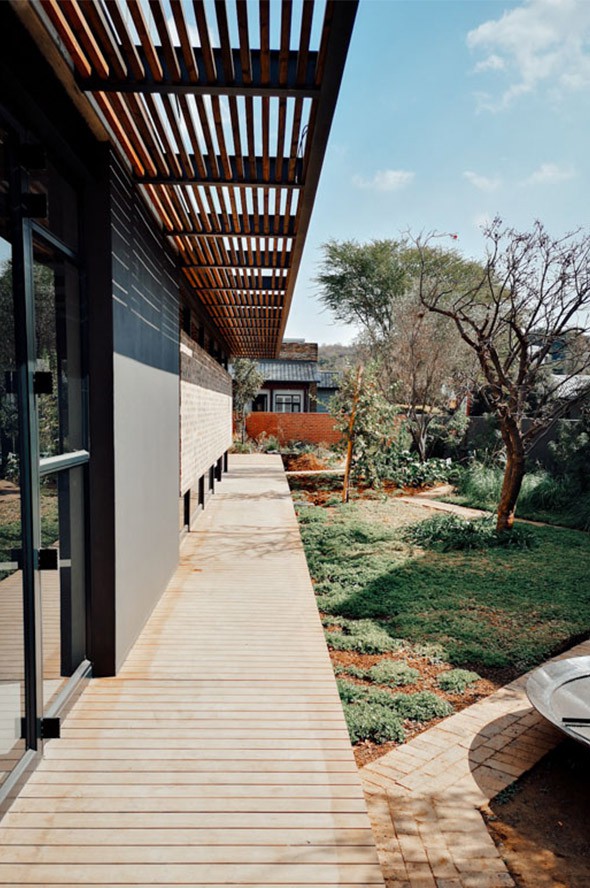 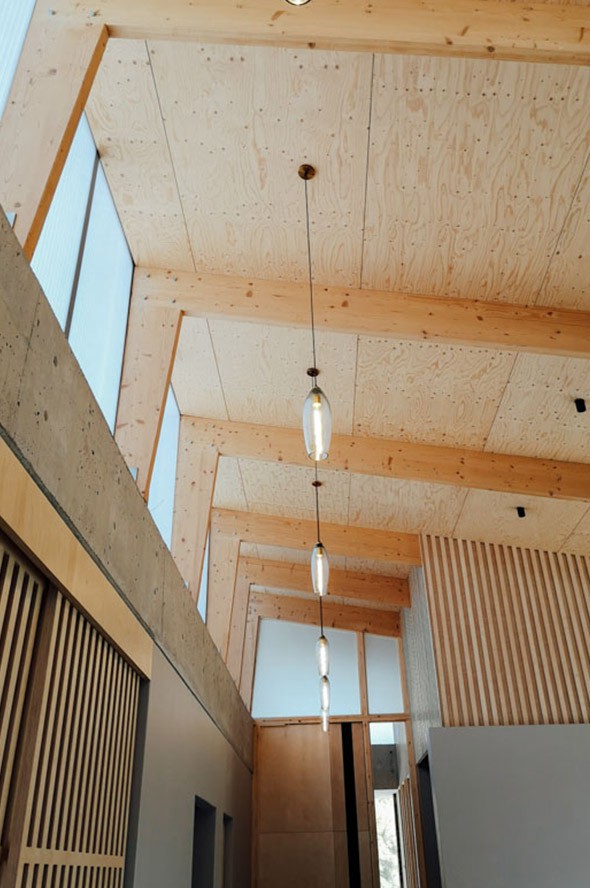 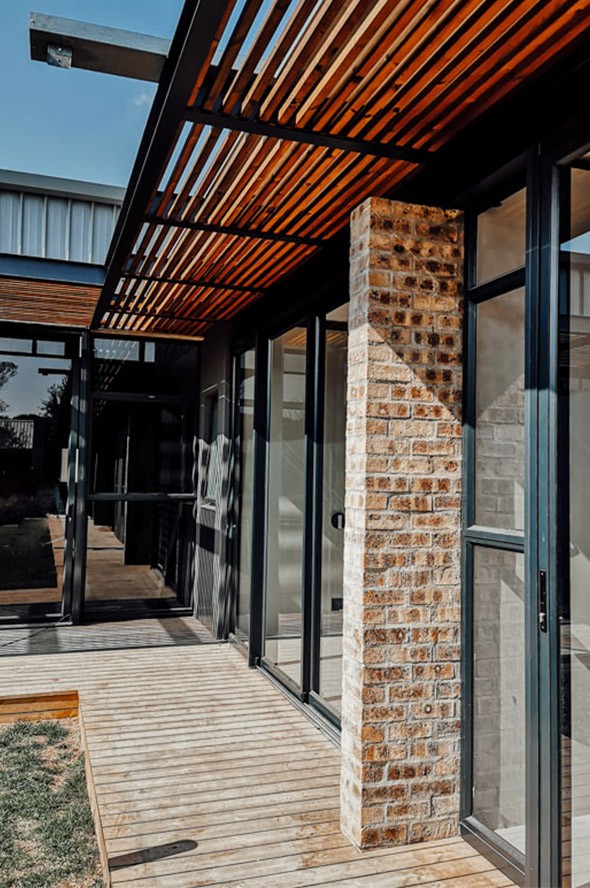 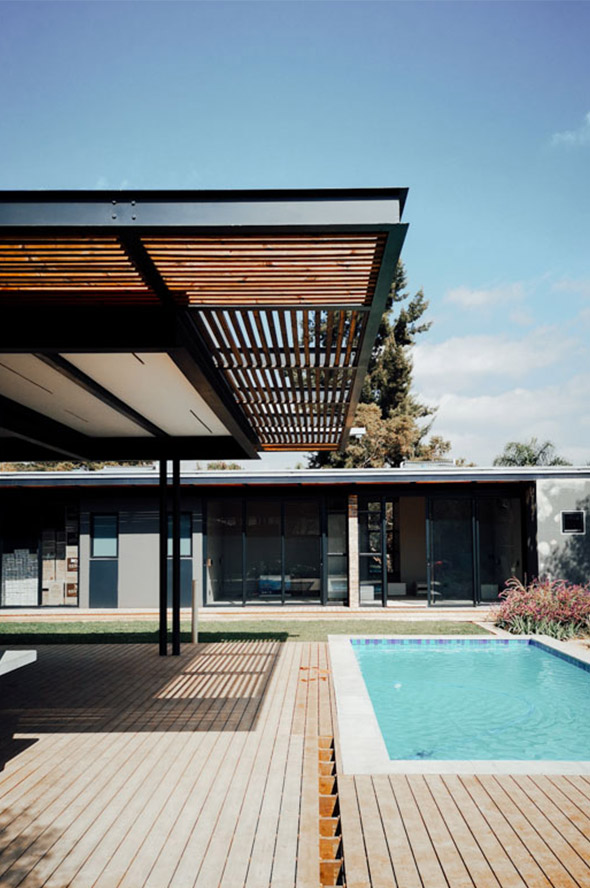 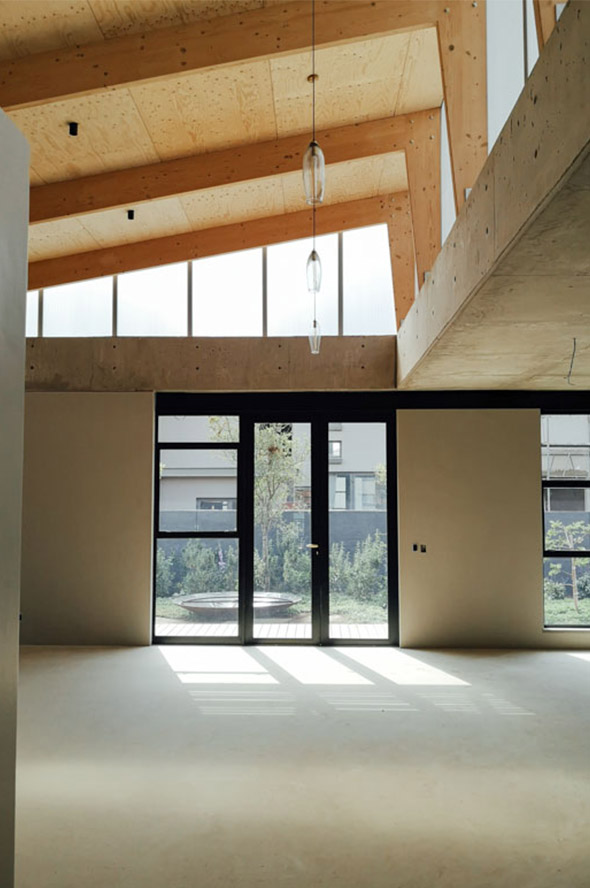 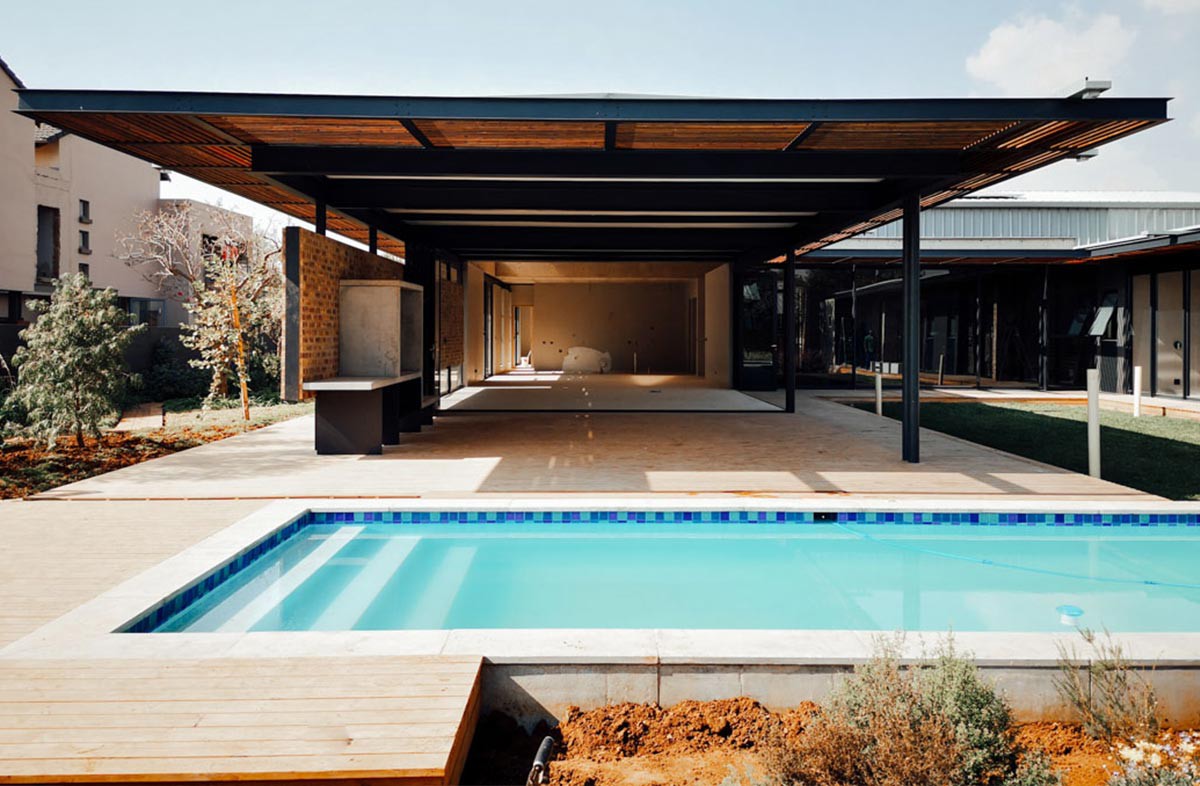 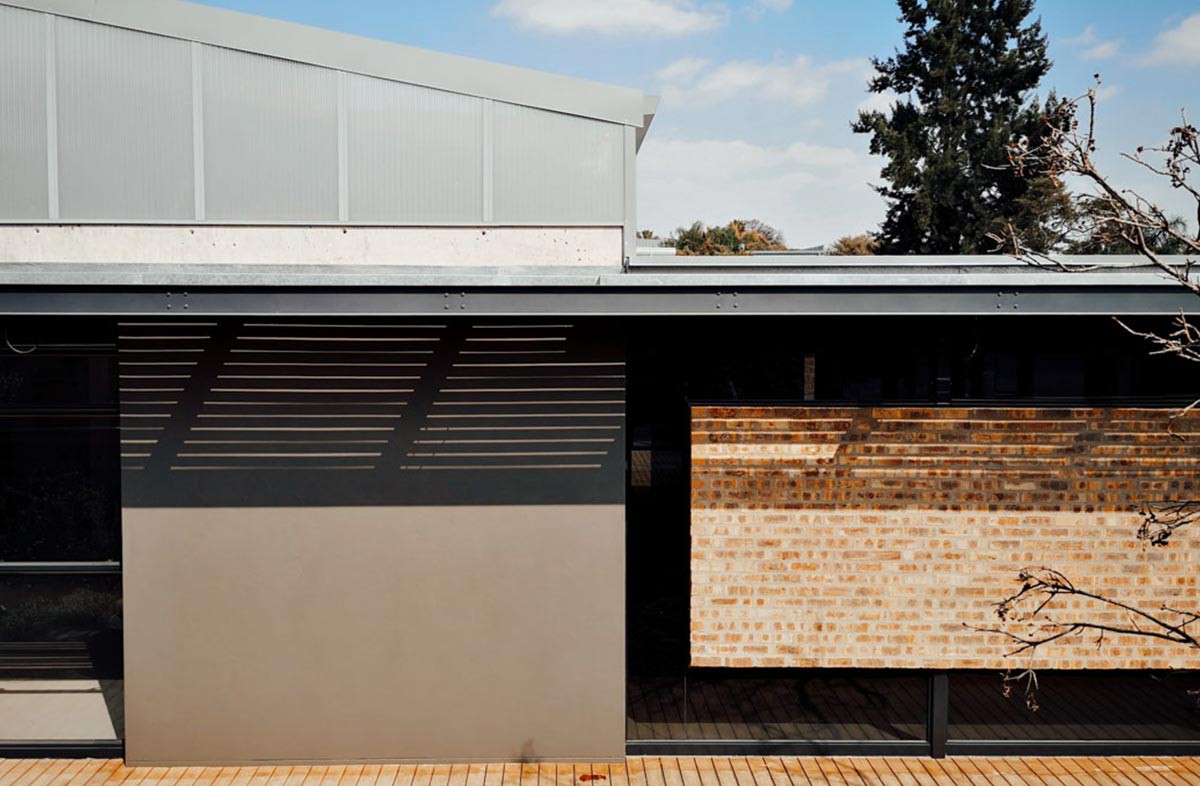 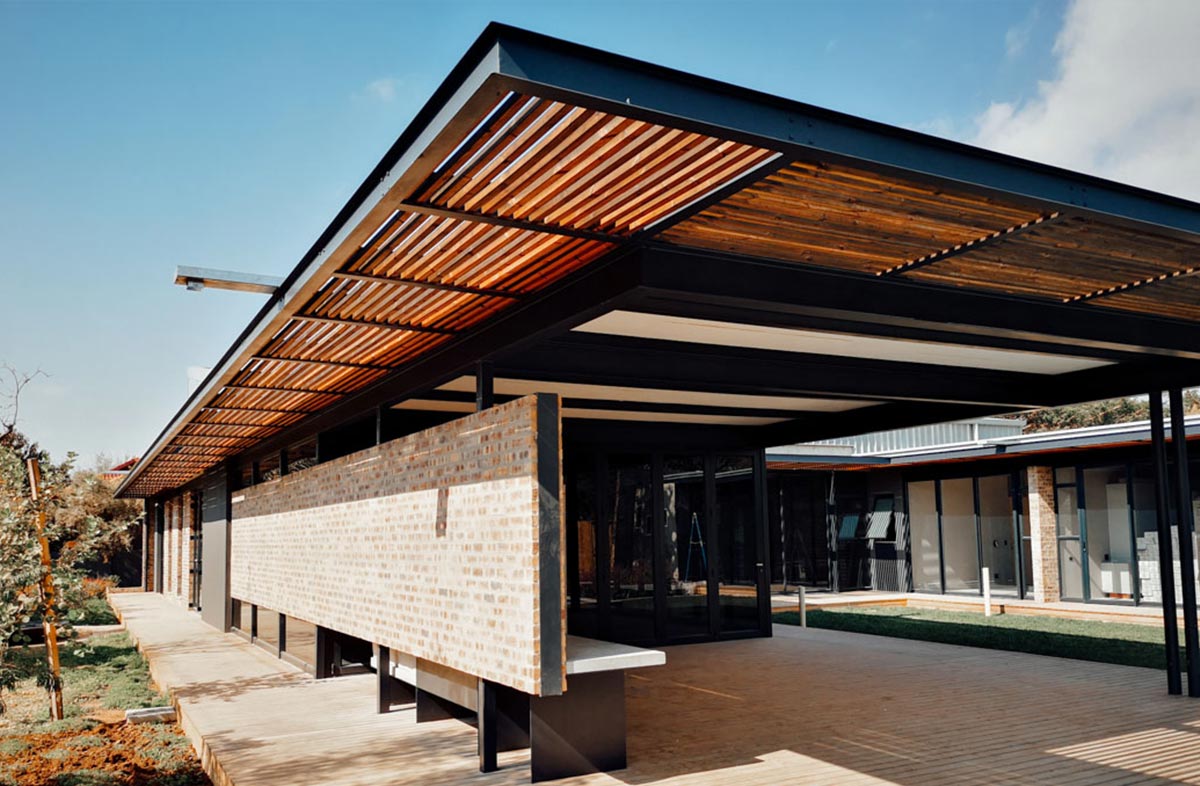 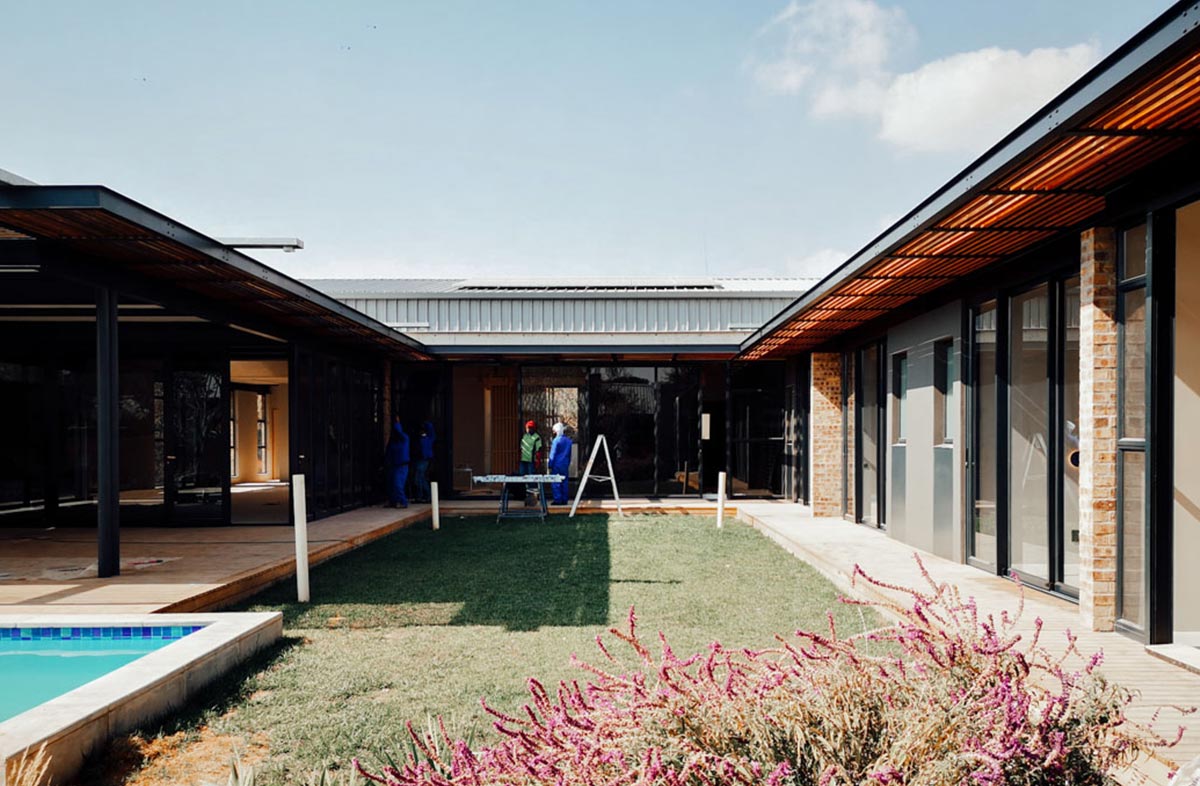 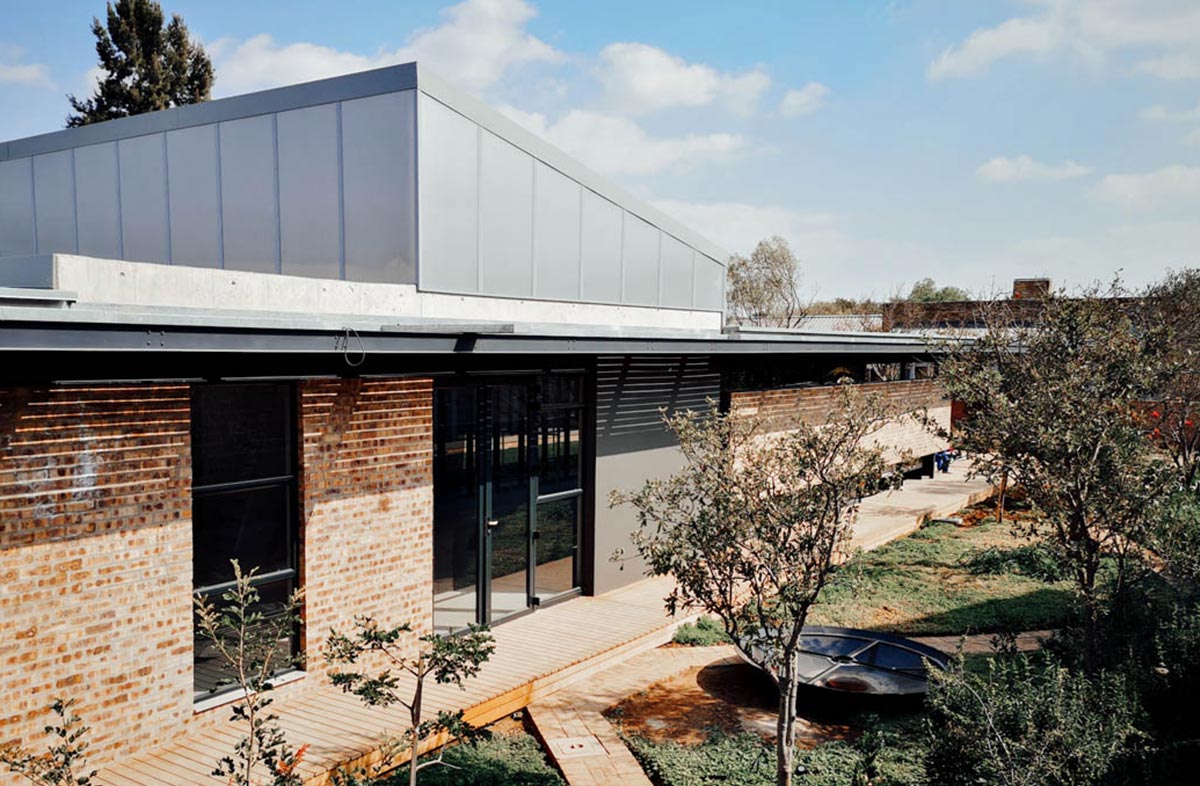