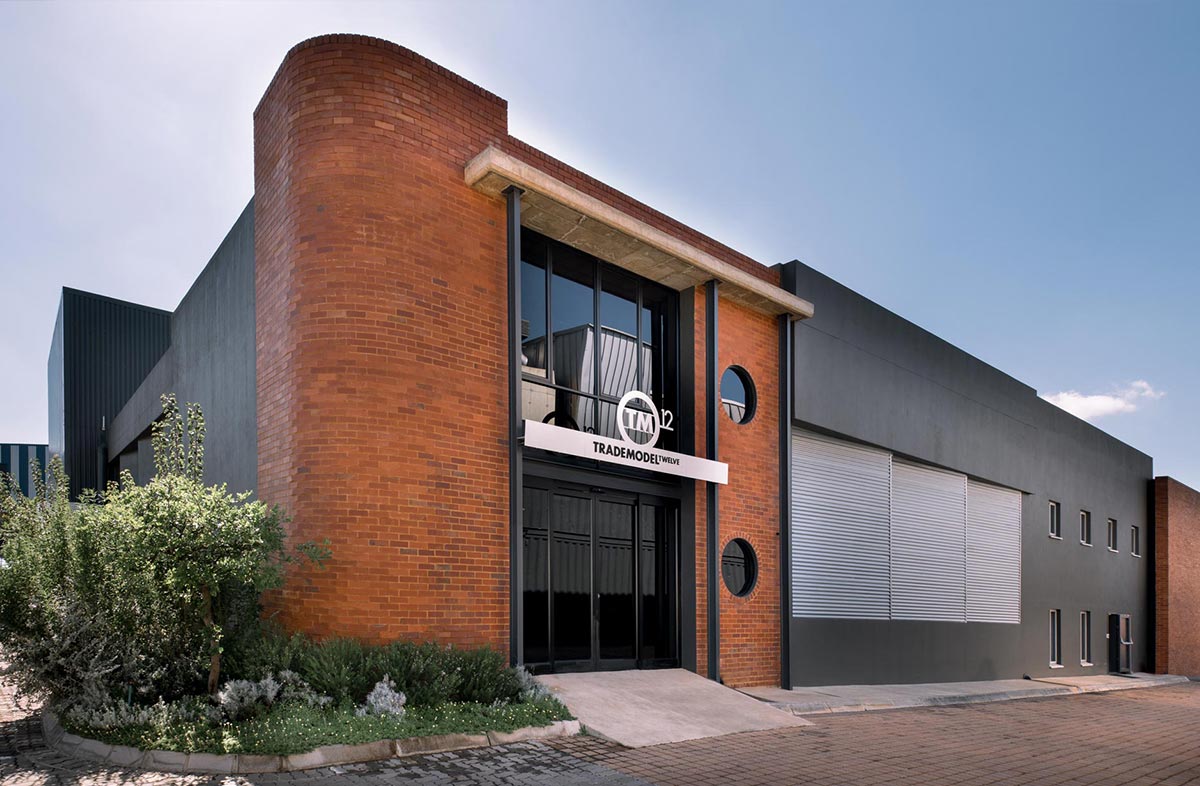 An old building and an old client…

A box in a box – stacking volumetric space using new and existing fabric.

Architecture remains a difficult discipline to practice. Every building is in principle a prototype – different client, site, context, materials, contractor/subcontractors to build, etc., the permutations seem endless. At times you would think because it is an old client and an existing building the task will be easy.

The existing building: The original building was designed by Philip Kleijnhans, somewhere in the late ’80s. A somewhat post-modern rendition, it was decided to retain parts of the mass brick structure of the old offices and change it to later modernist aesthetics. Minor details were kept like steel balustrades to save costs.

Essentially the New Warehouse space had to be increased by more than 4 times the original size4. The old steel structure was removed, and the 2 main structures were added. Aesthetically we tried to create an illusion that the boxes were stacked onto another keeping the parapets horizontal and hiding the roof to the back of this. The steel boxes were then stacked on the mass brickwork below.

The interior of the coffee plant was laid out with the client to obtain a maximum flow of the product from raw bean to package roasted coffee. A second packing plant is envisaged in future and not completed at this moment in time.

From a sustainability level, all water is harvested from the roofs and stored in tanks above ground. This water is cleaned and used for different processes on site. Evaporative coolers, cool the space using the harvested water. A small garden was created on the front façade of the building to add greenery for the building.

The building is well crafted by good artisans and contractors leaving a robust product for a deserving client for hopefully another 50 years. The client takes pride in constructing his buildings to last more than the average lifespan of industrial factories for 20 years. 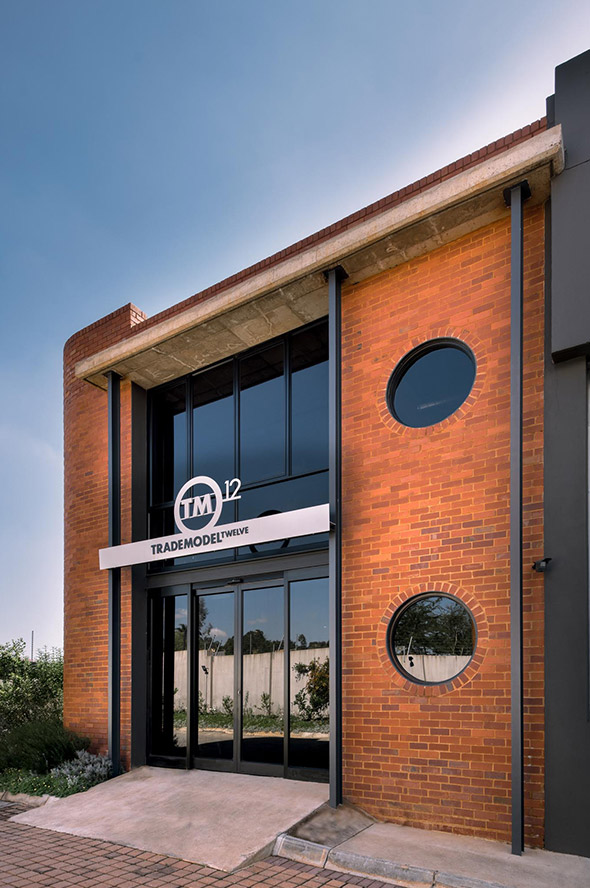 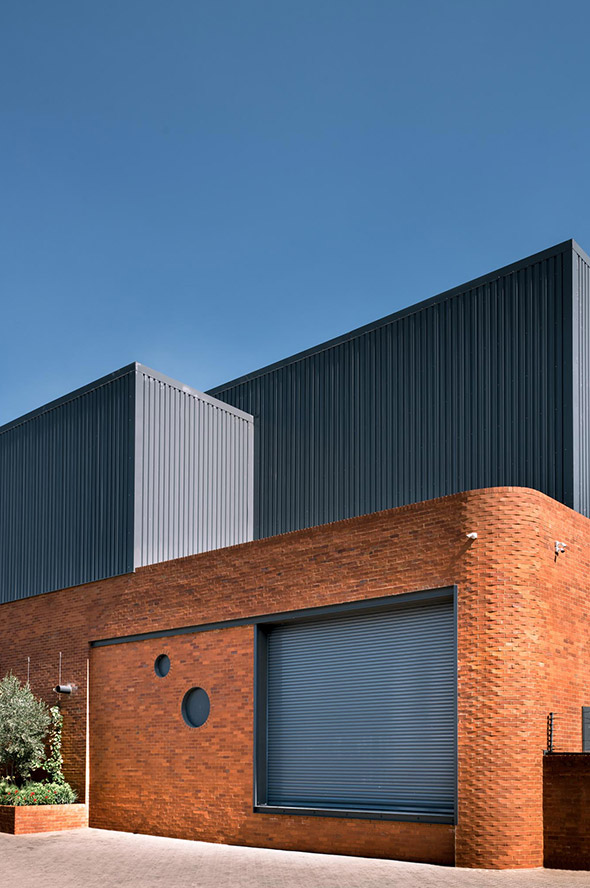 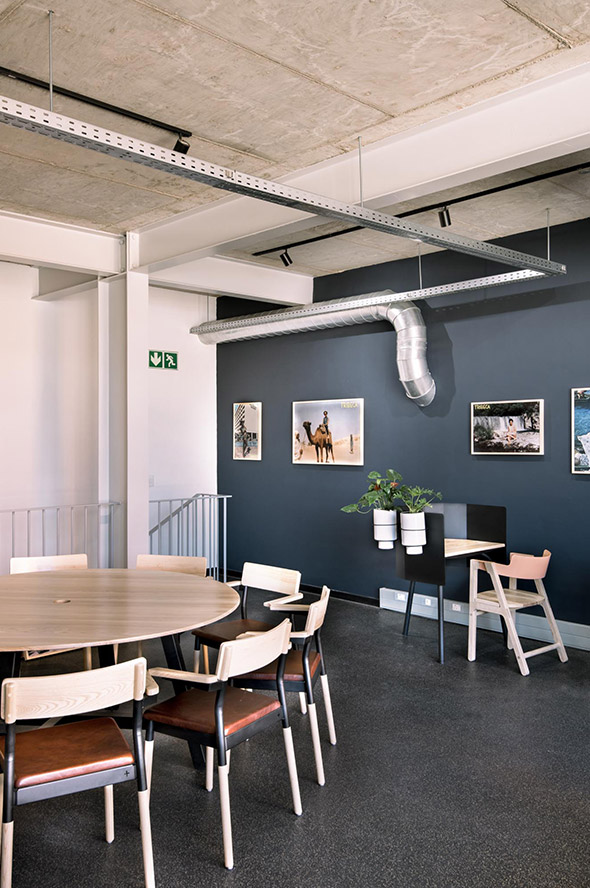 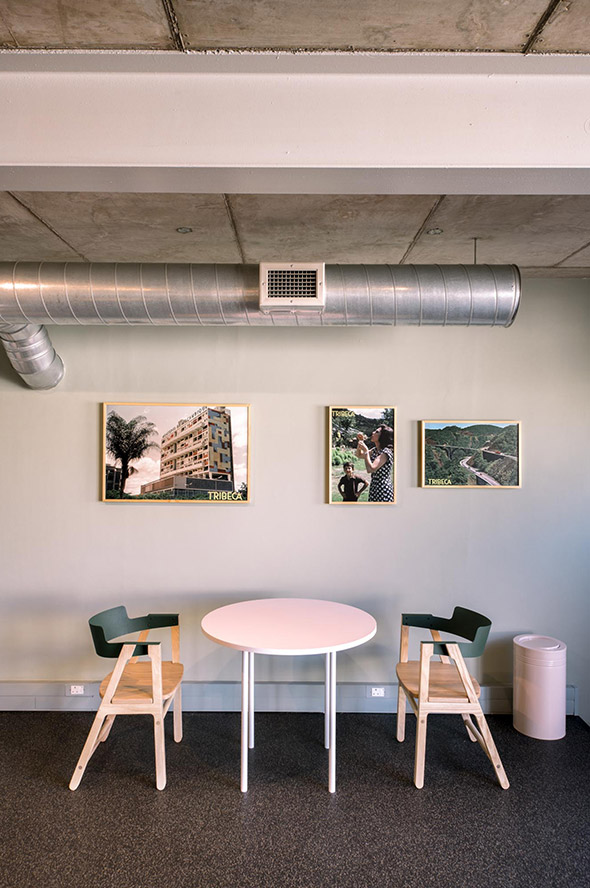 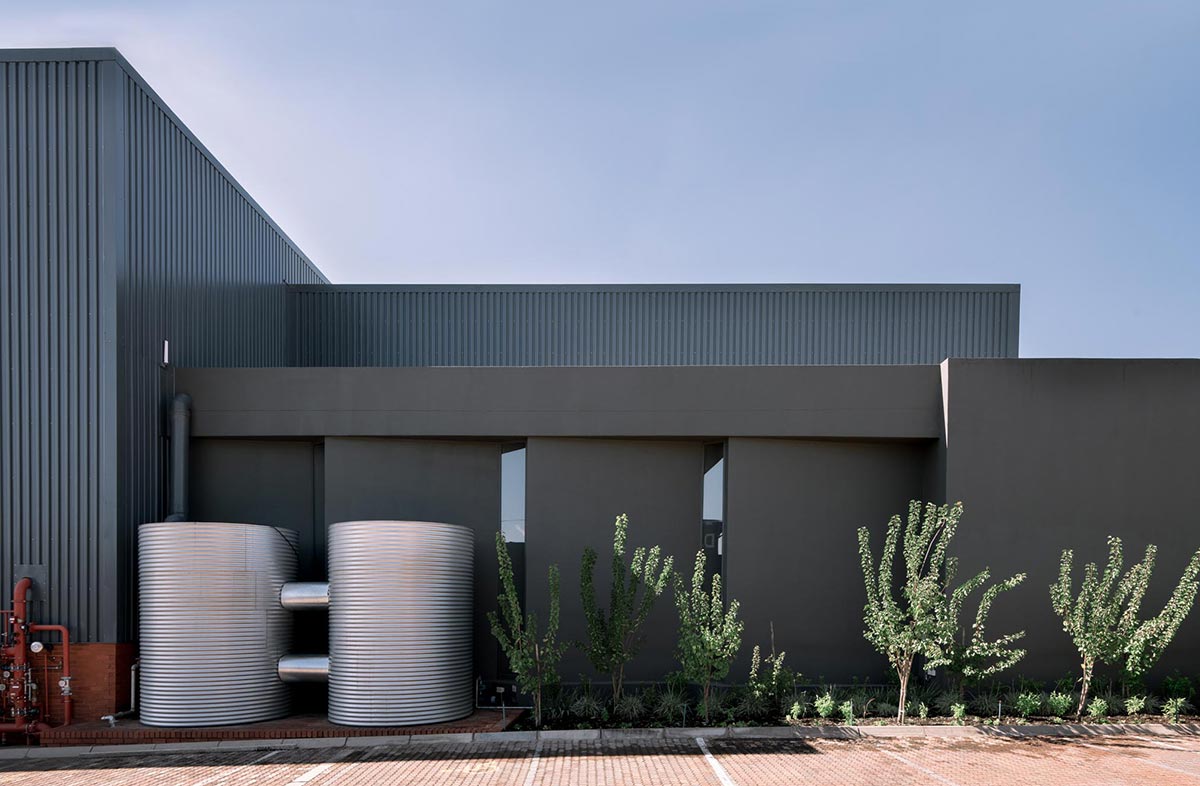 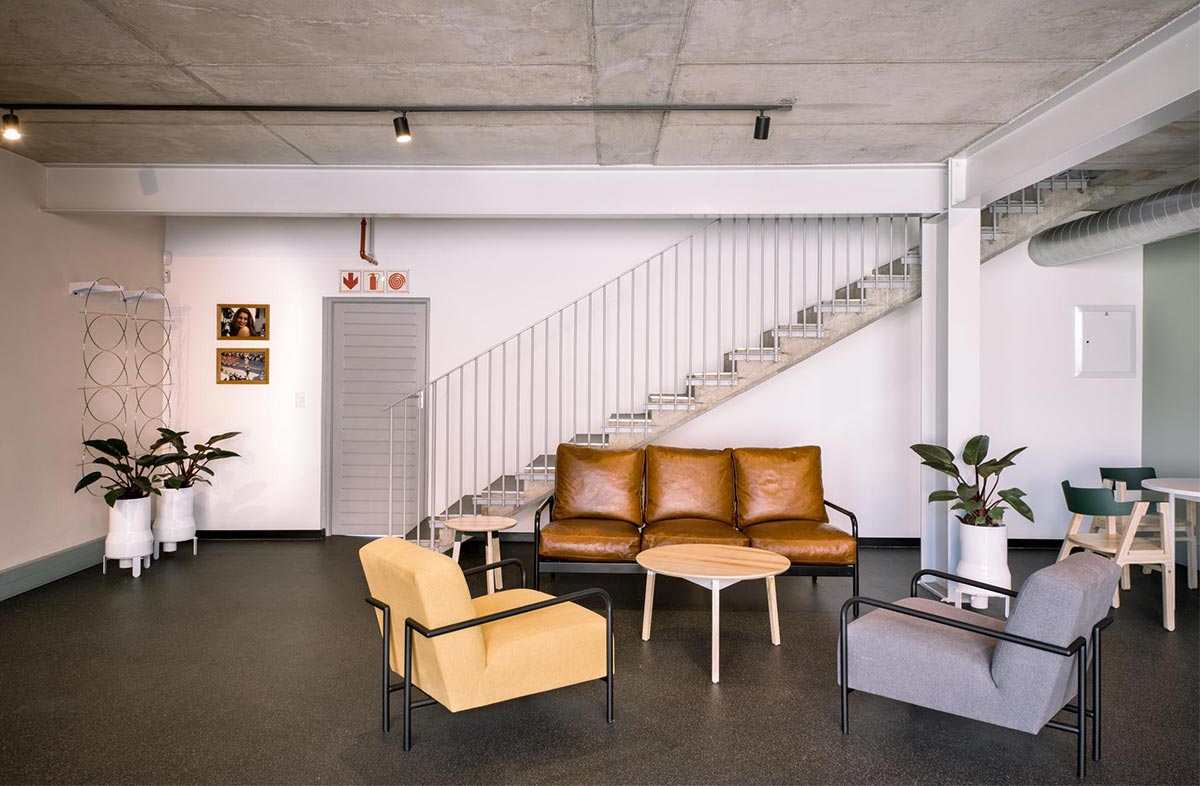 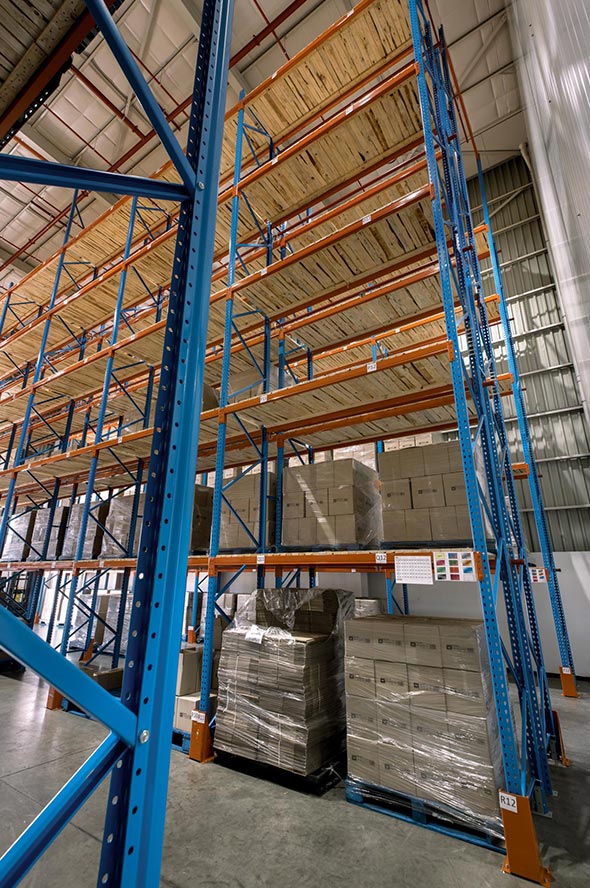 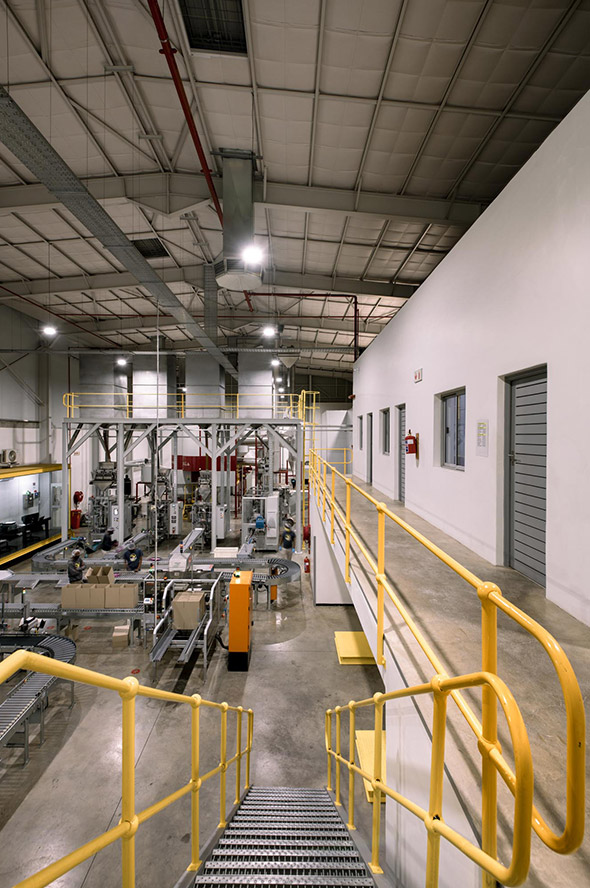 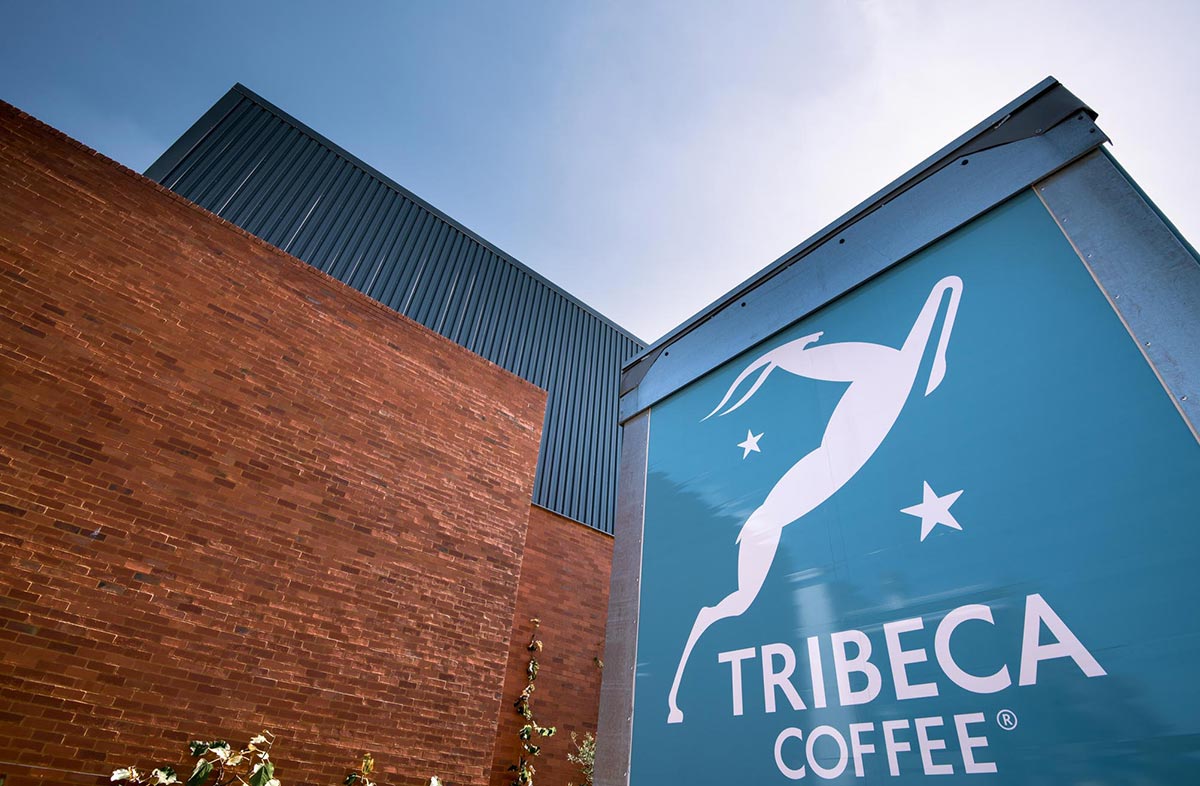