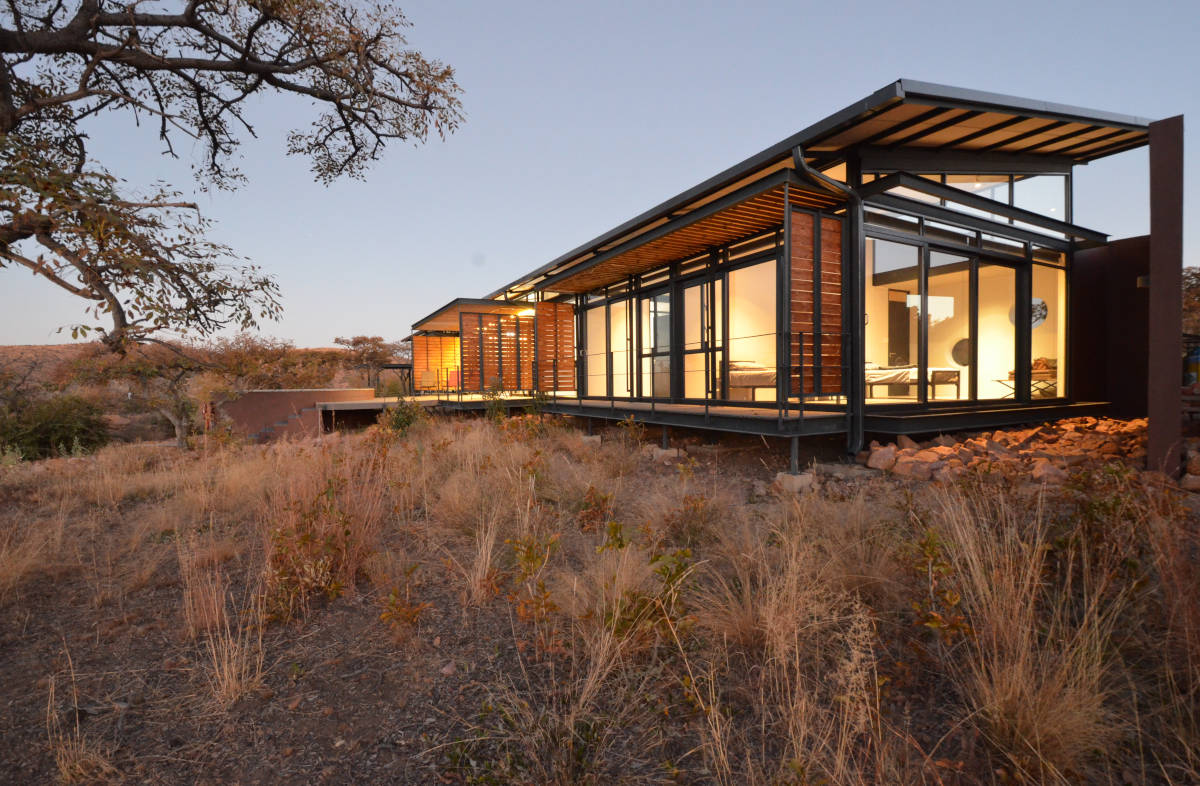 Taking inspiration in the work of Jean Prouvê most of the house’s steel structure and infill was prefabricated of-site, greatly reducing construction time and allowing use of materials & techniques rarely used outside urban areas. Located on Boschhoek Mountain Estate, near Modimolle – The site is quite remote and not easily accessible for contractors and suppliers. A different design approach was taken bearing in mind access to the site and  ease of construction.

The home is mostly constructed of a light tectonic structure with a small part as a stereotomic brick structure to the south. The prefabricated glass and light wall infill system encloses the living spaces.

The most important aspect was the interface with nature.  As the site is located among the Waterberg mountains – the clients were excited about the contemporary and open-plan design as not to challenge the natural beauty, but to allow for awesome vistas towards the hillside landscape. Consequently, care was taken in the design of the living spaces and the integration of the pool and deck to maximize these views.

The building commenced with the erection of the light steel structure. Most of the steel structure consist of a light 60x60 mm mild steel angles.  The steel structure was followed by bricks and concrete as support and infill. Timber slats, dry walling and modern decking materials were used to finish the building. Finally, services such as a self-sufficient solar power system and gas where added. The rectangular design served to ease the prefabrication process, but aesthetically was balanced with circular windows at the back, creating a unique and playful appearance.

However, the transition from design to construction did not come without its challenges – especially finding contractors willing to build in this remote area, and skilled enough to realize the projects intention of being mostly prefabricated and assembled on site. 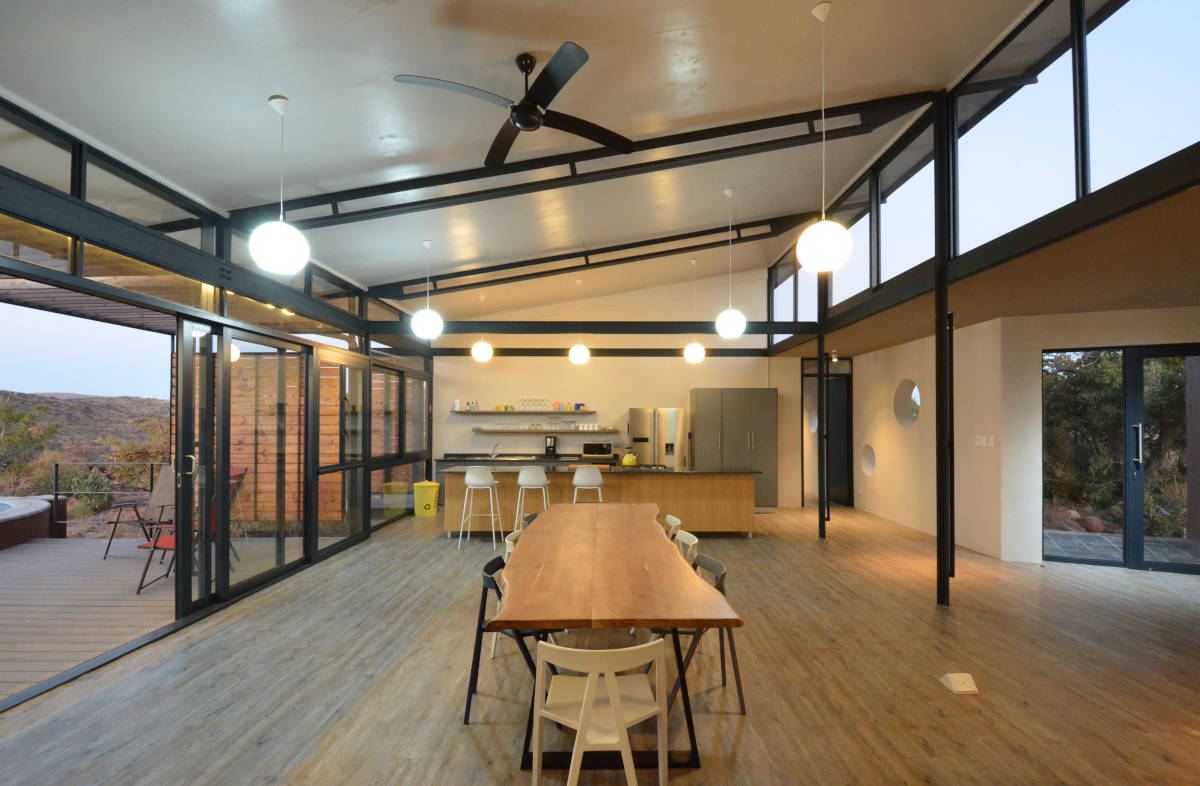 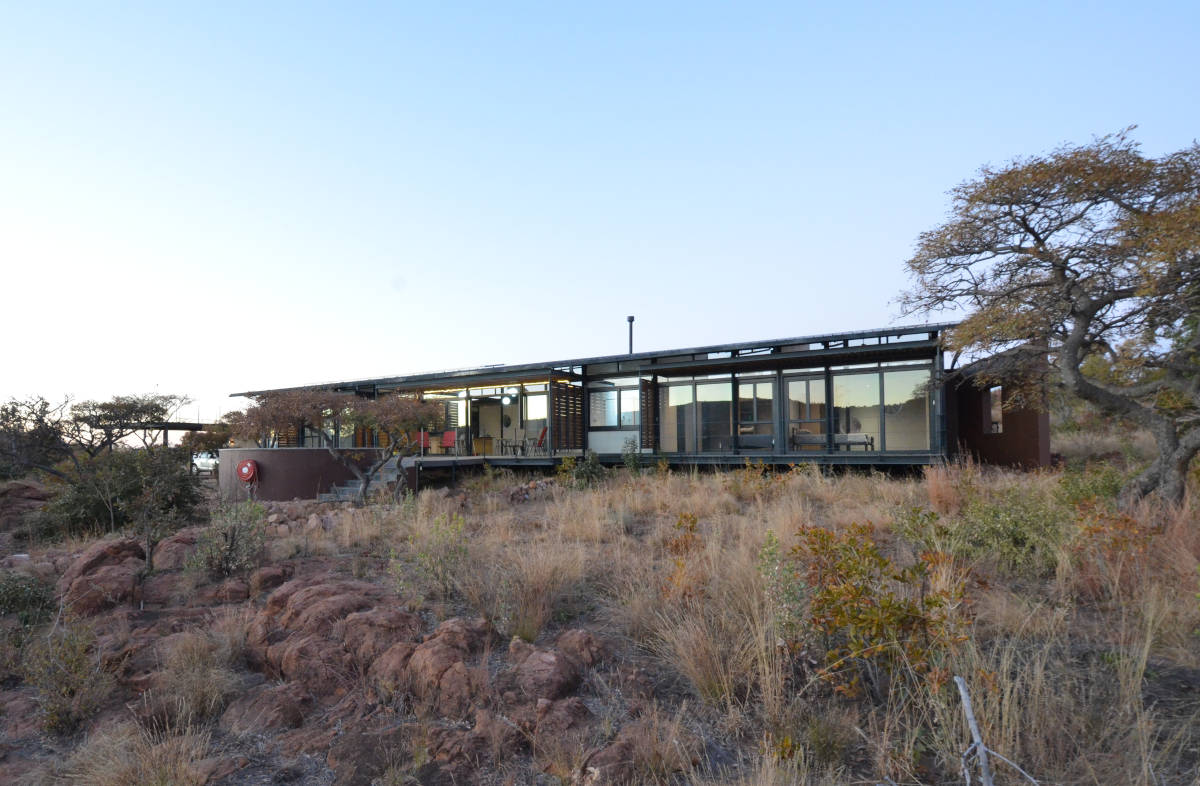 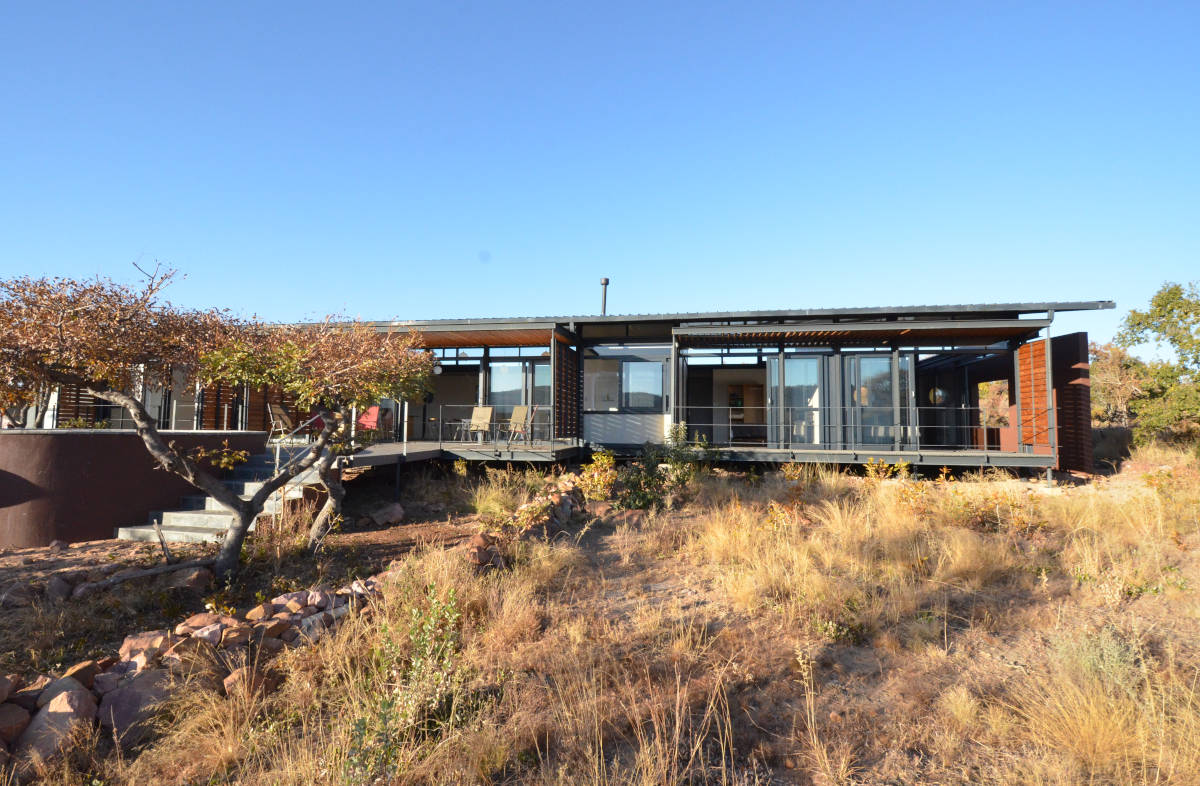 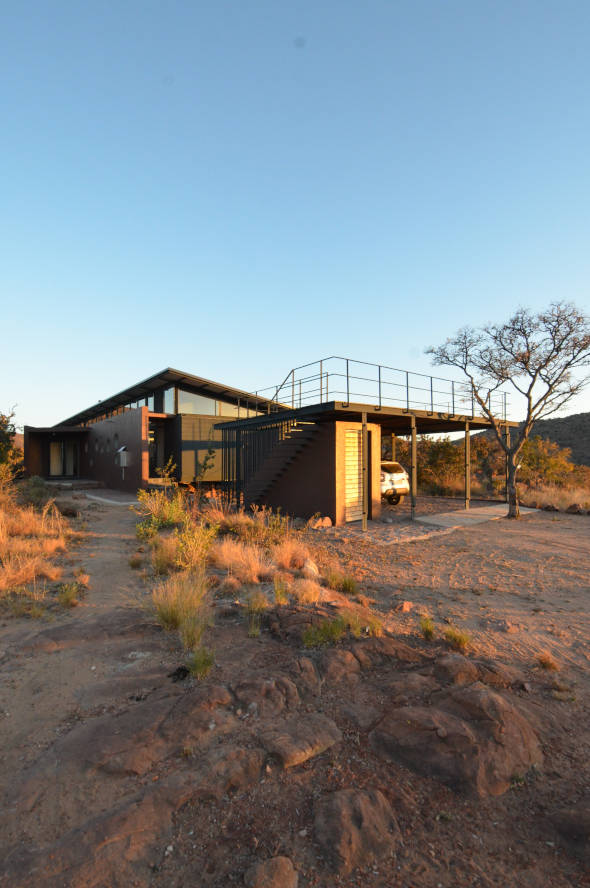 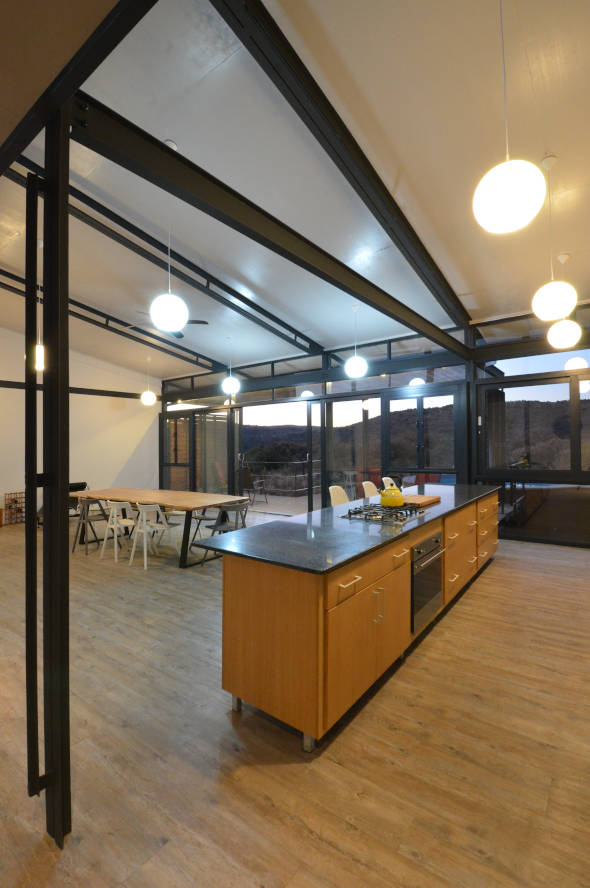