Situated in the rolling foothills of the Drakensberg Mountains, along the banks of the Ash River, the Stortemelk Hydroelectric Plant attempts to celebrate the importance the plant holds in producing clean, responsible electricity in South Africa.

Comprised of a number of building skins, the design approach intended to create different experiences of the plant from the exterior, & from within the interior. Clad in Corten Steel & Polycarbonate sheeting, the architecture is intended to be of its landscape, while still allowing for good light quality to penetrate into the plant interior. Articulating the façade with slotted window openings allowed for the perception that the electrical production of the plant is spilling out into the surrounding environment, creating a beacon in the landscape.

On approach to the site, the Corten Sheeting reaches up into the skyline, announcing the building & adjacent river from a distance. The lightness of the steel construction is then contrasted by the far more stereotomic design of the rest of the plant, which protrudes from the river bank as a plinth.

The challenge in the project was to create spaces for production, with minimal human interaction. Working hand-in-hand with an exceptional client made the realisation of this celebration of production possible, creating architecture with respect for the responsible electrical generation the client creates. 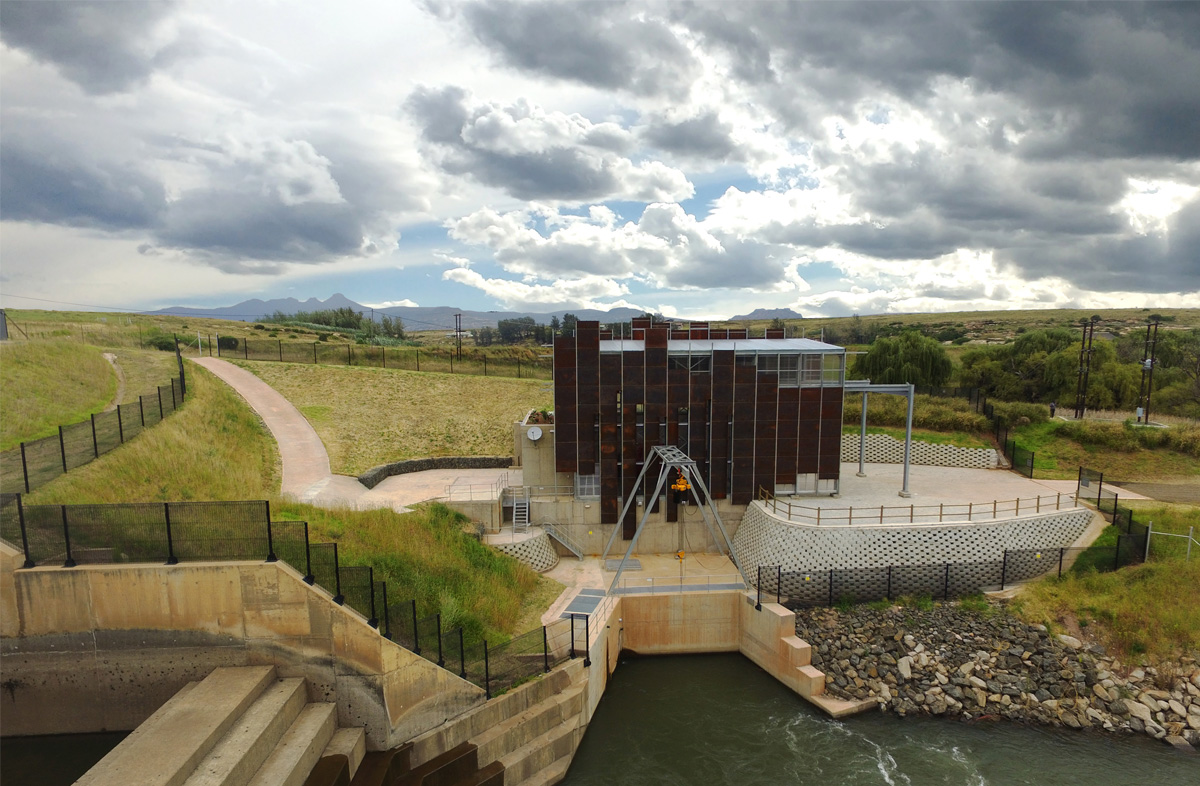 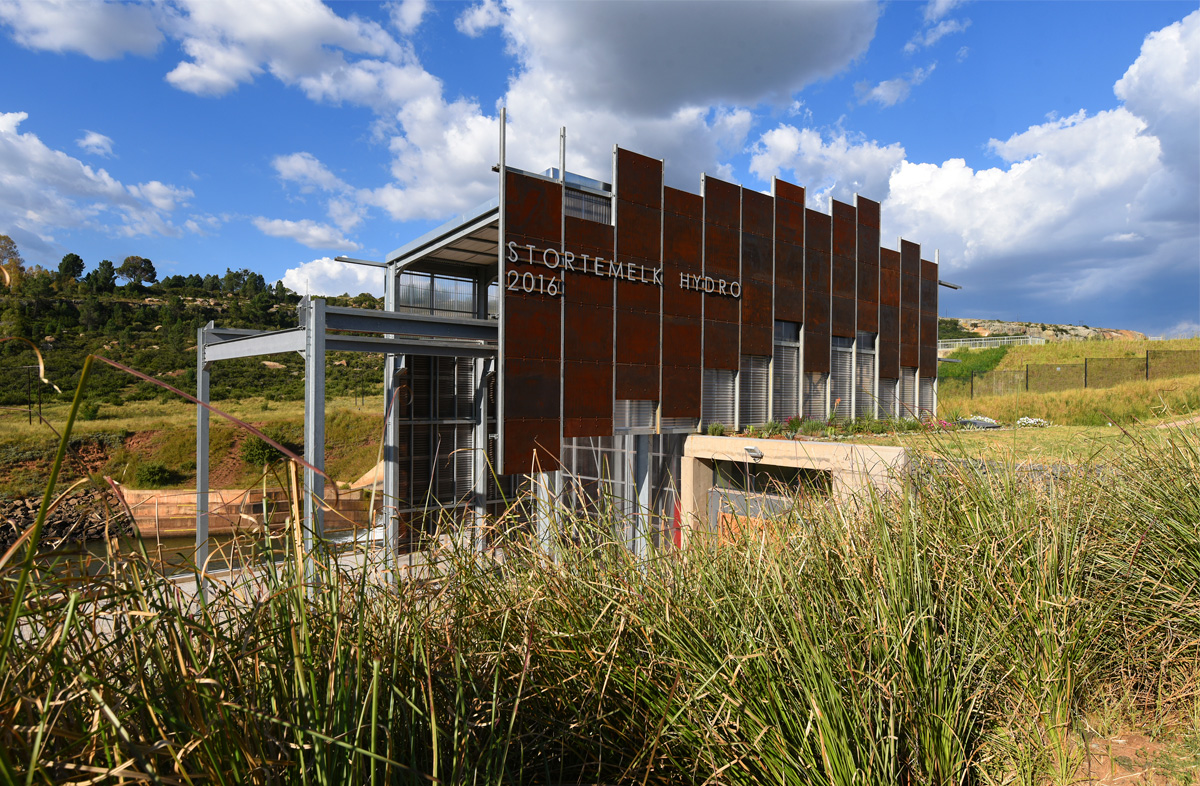 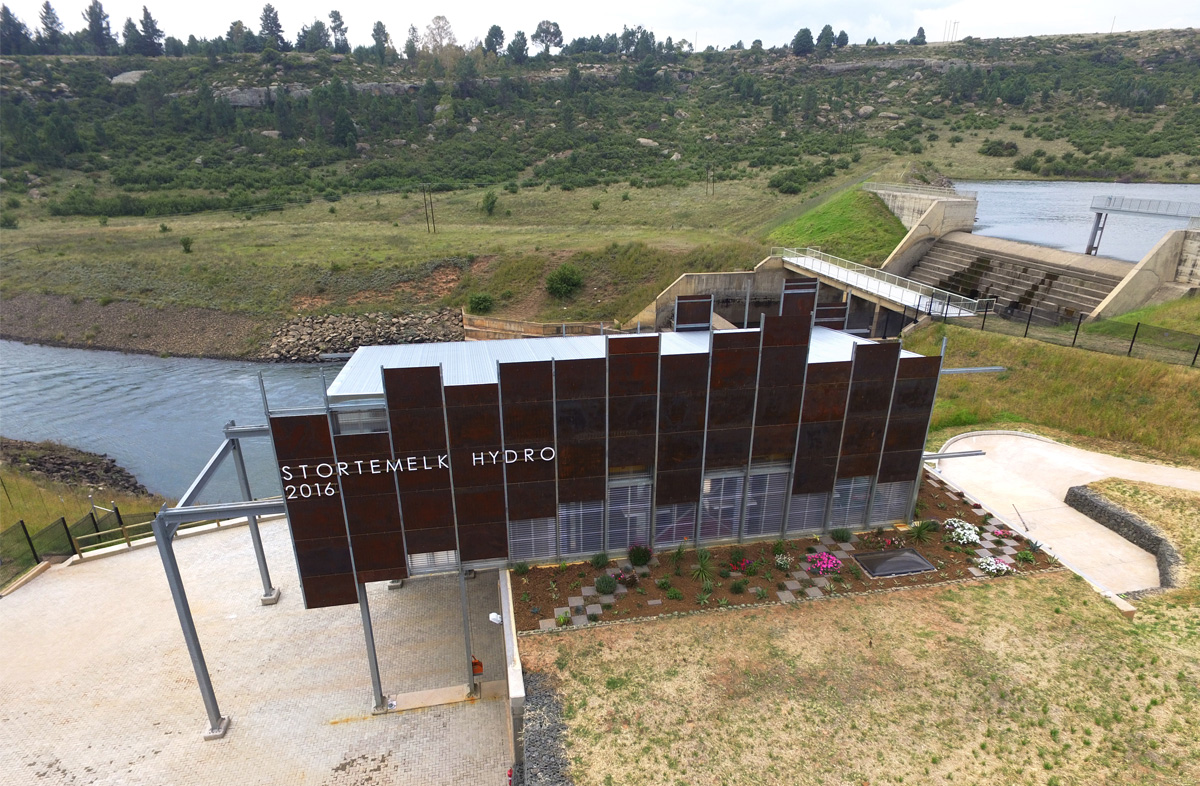 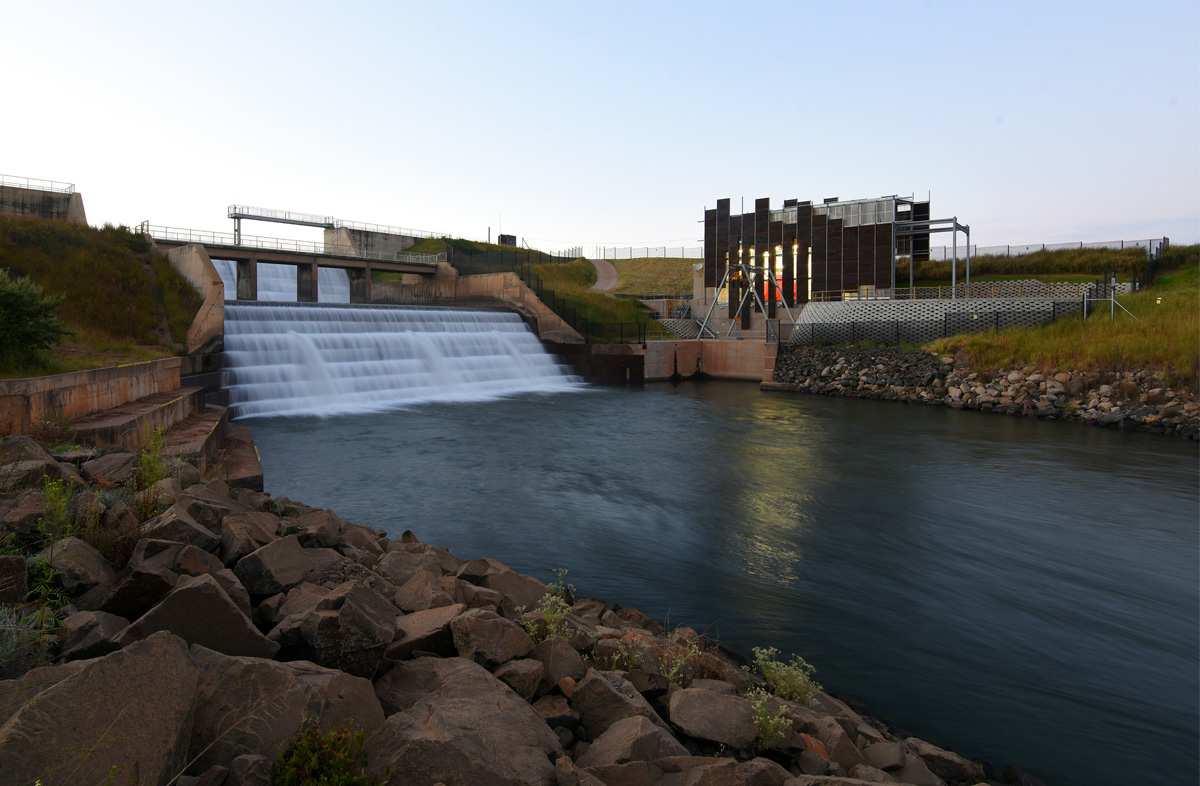 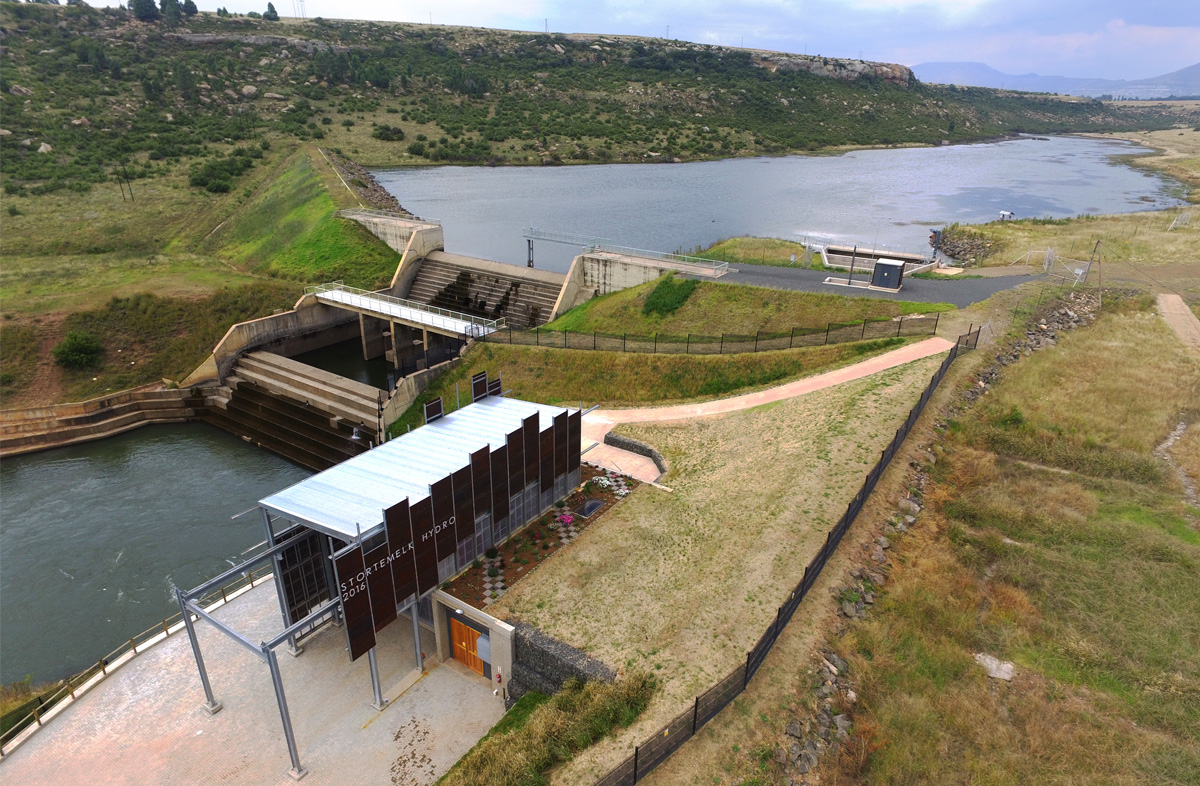 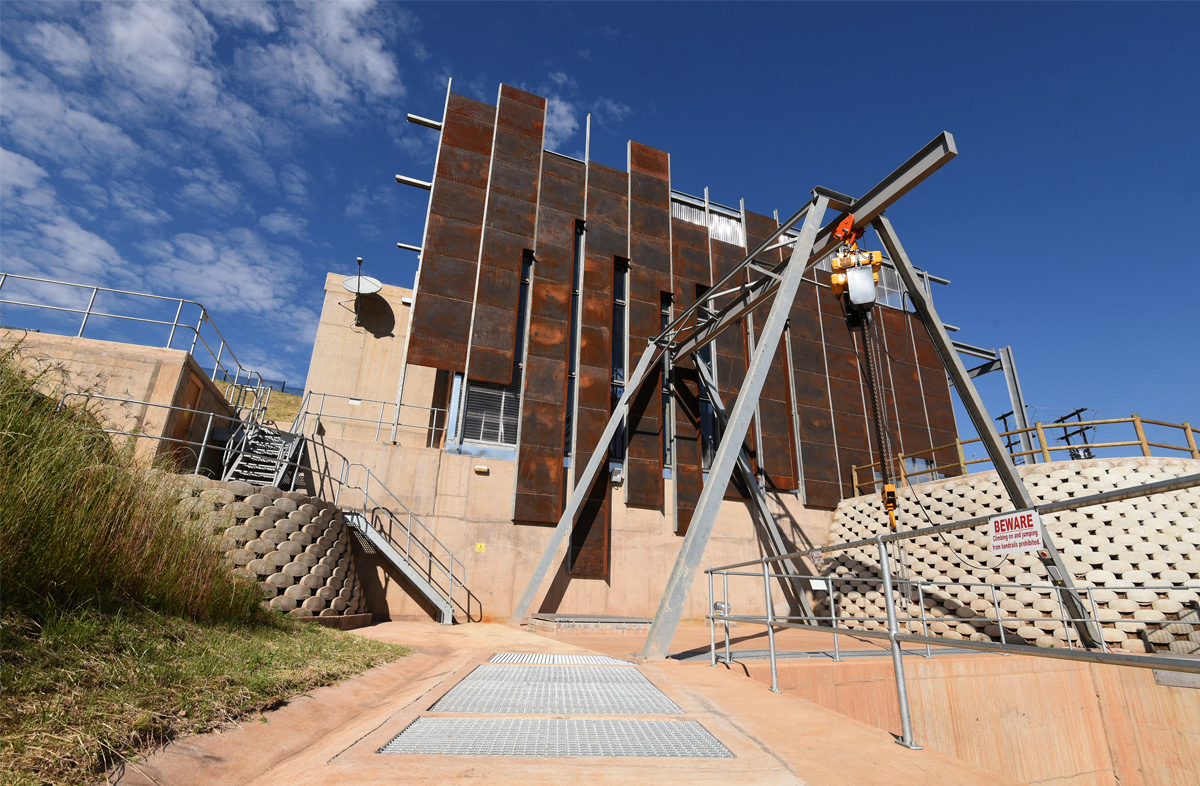 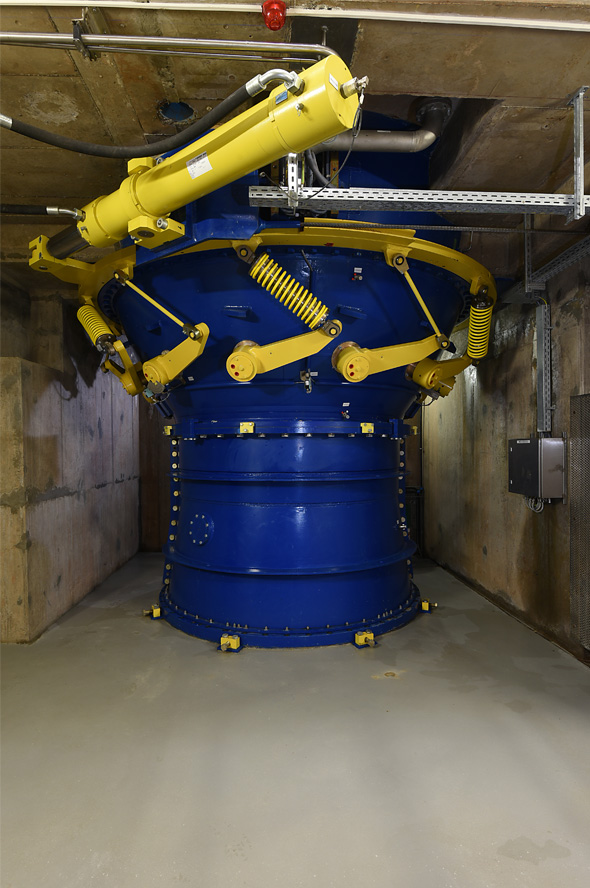 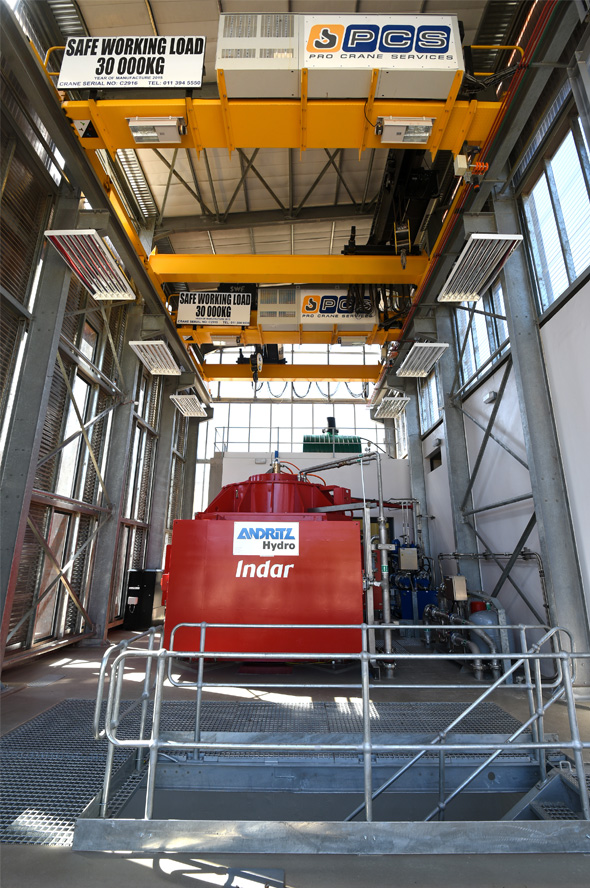