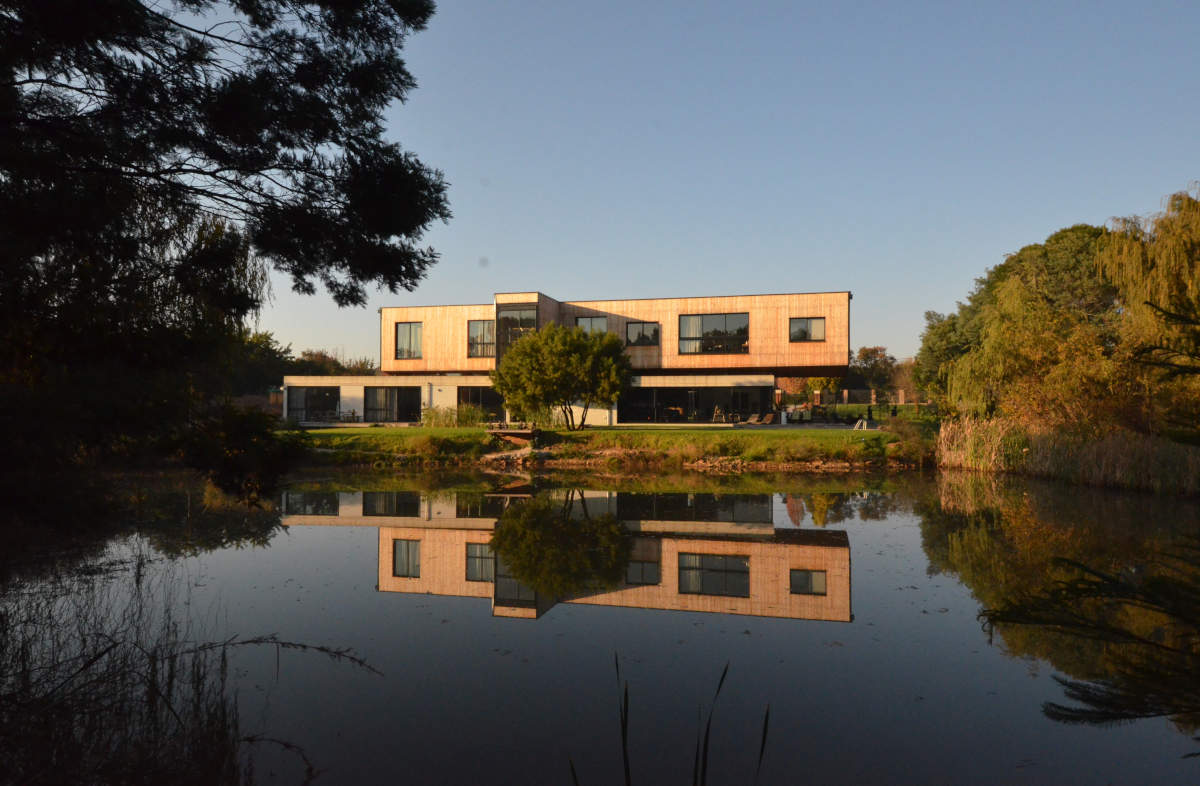 South Africa has a strong history of regional architectural vernaculars, which in the past was based on climatic needs & economy of space & material. Unfortunately, in recent years this has been fetishized in a pseudo-Tuscan aesthetic which has sprawled across the country's various biomes.

In one sense, this has been brought about by a breakdown in the relationship between architect & client, in which the public is ill-informed concerning architectural discourse & architectural practices are driven by finance rather than improving our shared built landscape.

From the outset, the client played an important role in the professional team, helping to shape an architectural solution that is both responsive to the client's possible needs, as well as challenging the current discourse of residential architecture in South Africa.

Timber House is located on a 1-hectare site in the east of Pretoria, South Africa. Much of the site is taken up by a large dam, controlling water run-off for the surrounding area. Situating the dwelling on the Southern bank of the dam allowed for expansive views over the landscape, while also keeping basic principles of orientation in mind.

This setting also played a role in influencing the architectural langue of the design. The ground floor level fulfilled the stereotomic role, serving as a liveable plinth constructed from bag washed brick & concrete, the shared living spaces spill out into the landscape, extending the living area beyond the envelope of the dwelling. Conversely, the first floor level took on a far lighter language, though in a material not often employed structurally in South Africa. To prefabricated in a workshop & assembled on site in a matter of days, the timber portal structure defining the first floor would reduce time on site, while also challenging norms of materiality.

The timber structure would be celebrated both spatially & in the finishes of the dwelling. The 'inverted house' section would become the ceiling tying the ground floor wings together, though separated from the roof plinth it sits on through a set of clerestory windows. The finishes of both the interior & exterior of the timber structure would reflect the structural materiality, clad with thermo-treated poplar on the exterior, & birch plywood between the portal frames on the interior. This, in turn, would create a vastly different spatial quality between the extroverted stereotomic structure below, & the far warmer, introspective spaces above.

Once complete, the design should stand as an example of how traditional construction techniques & material choices can be challenged, while also keeping residential architecture sustainable through employing basic climatic thinking such as spatial depths, good orientation, rainwater catchment, & solar energy harvesting in mind.

Tradition can be either an asset or a hindrance in vernacular architecture. Timber House aims to challenge current thinking concerning construction techniques & materiality in South Africa's regional discourse. Through employing a distinct stereotomic & tectonic relationship, the design creates a variety of spatial qualities based on these principles. 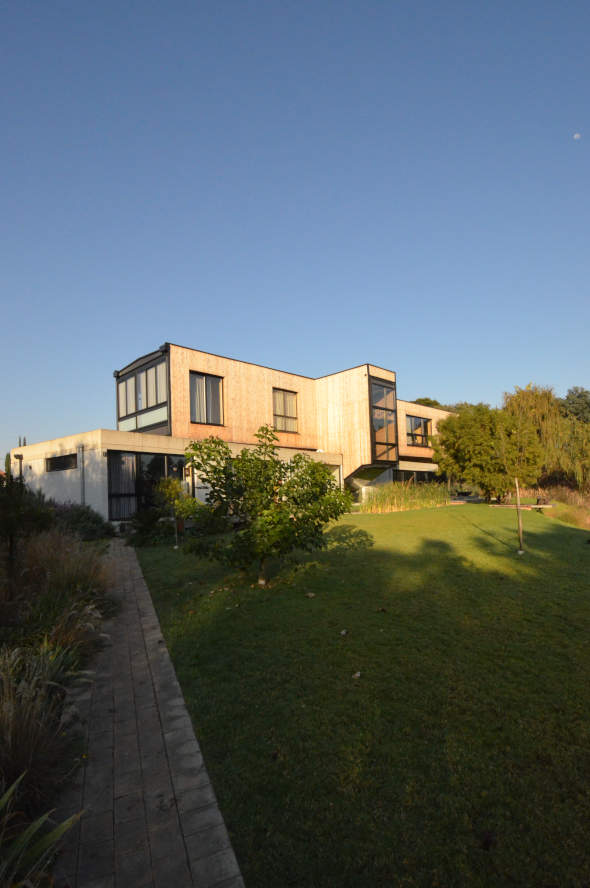 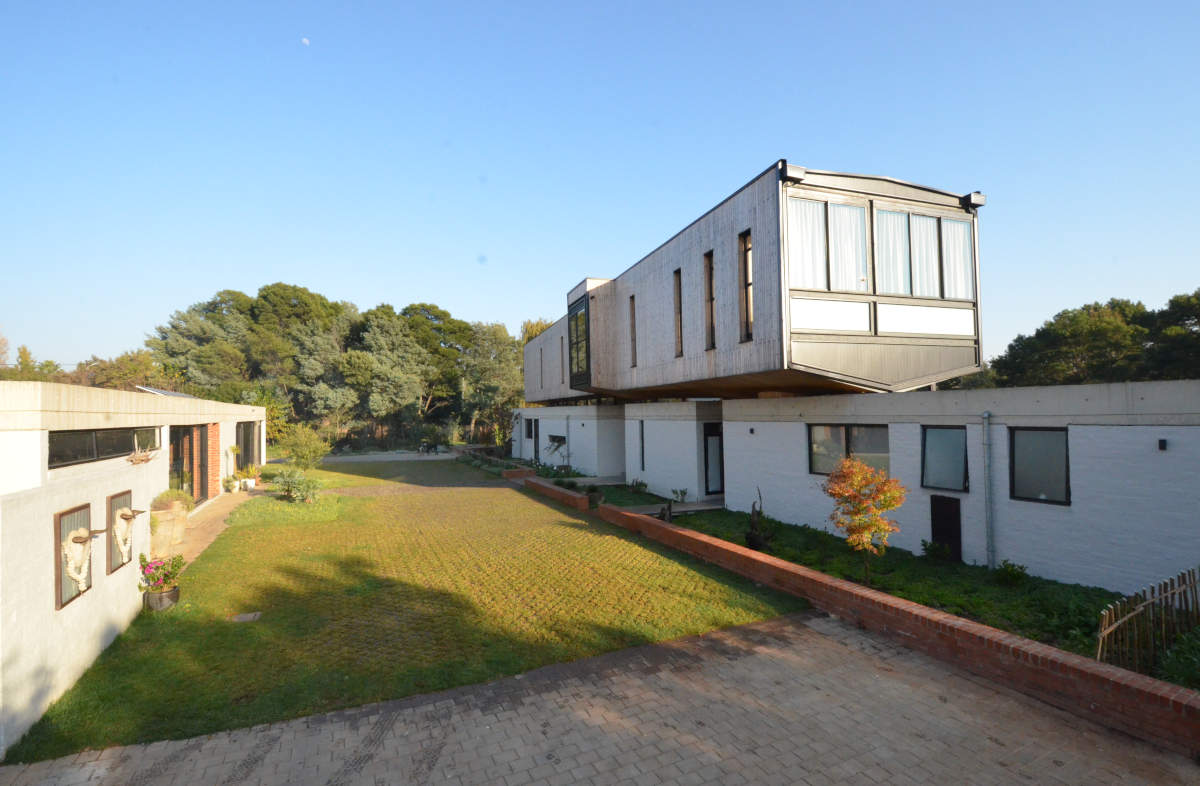 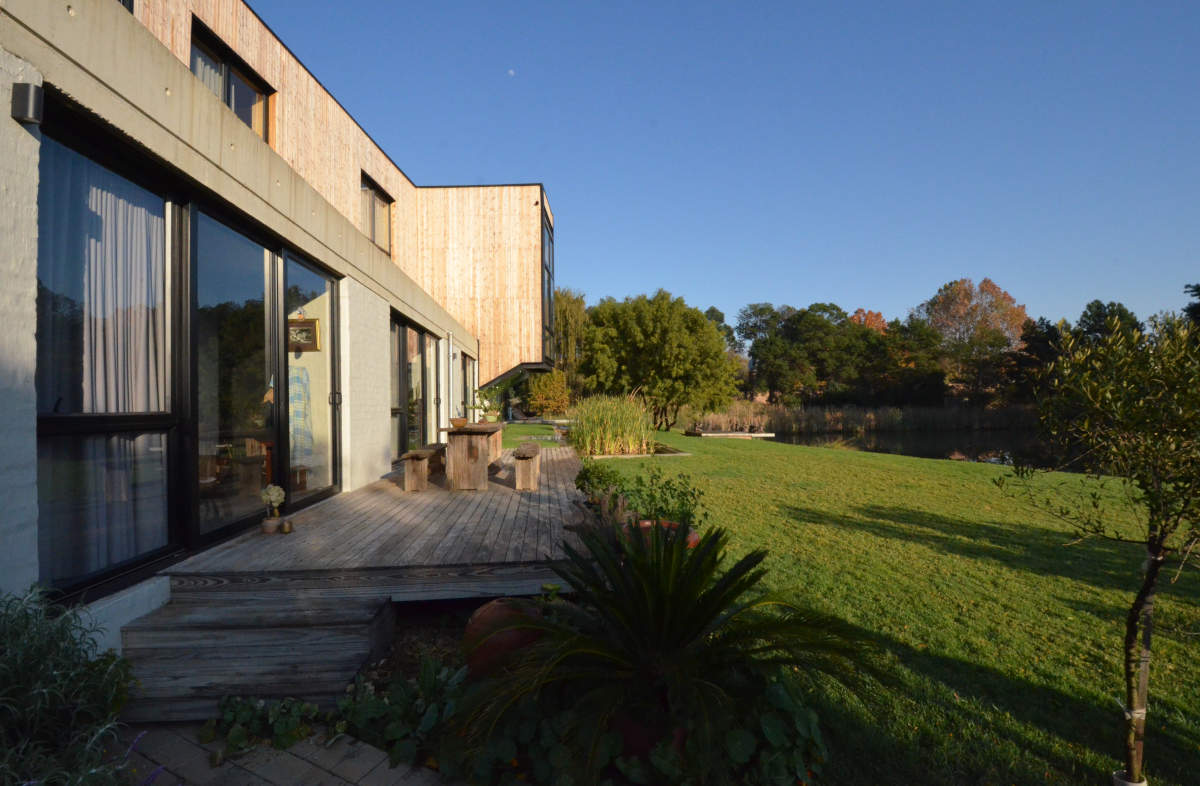 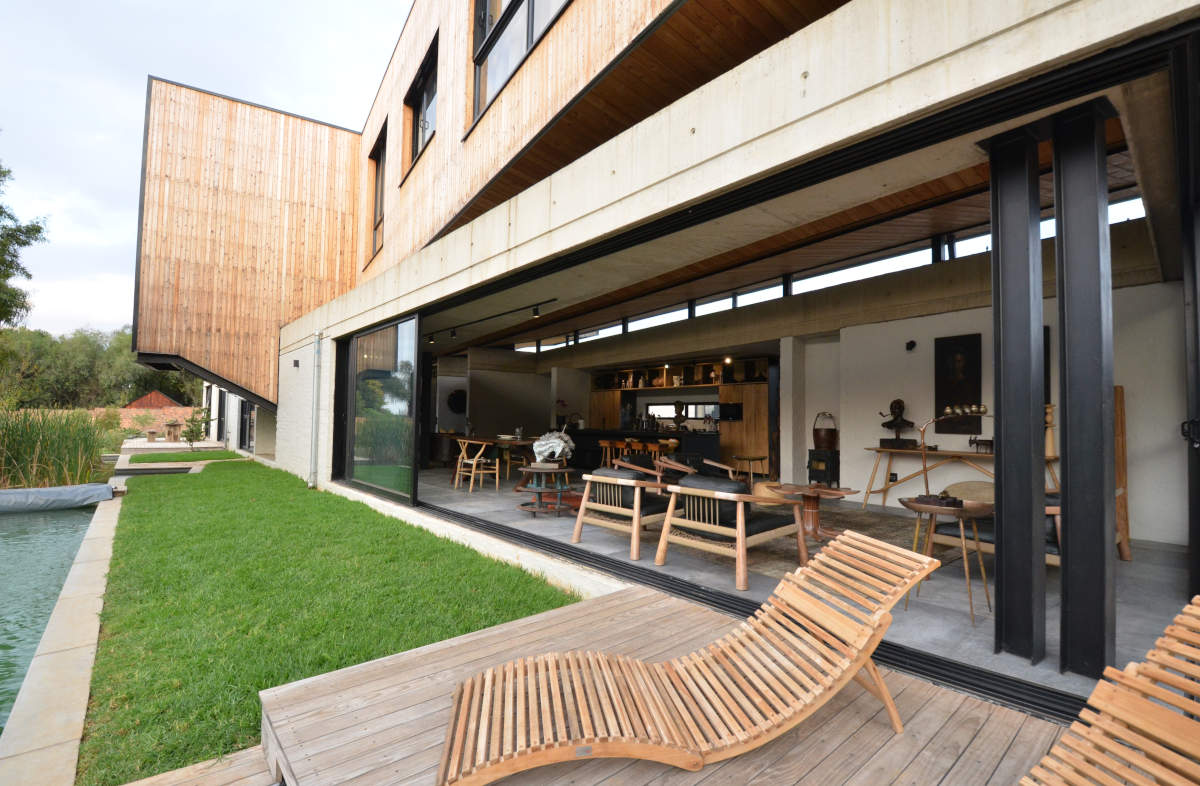 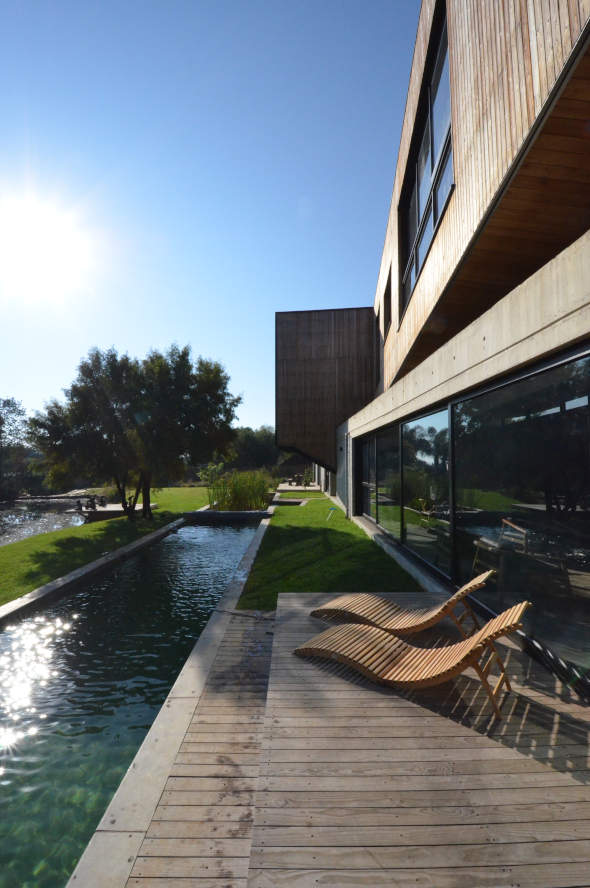 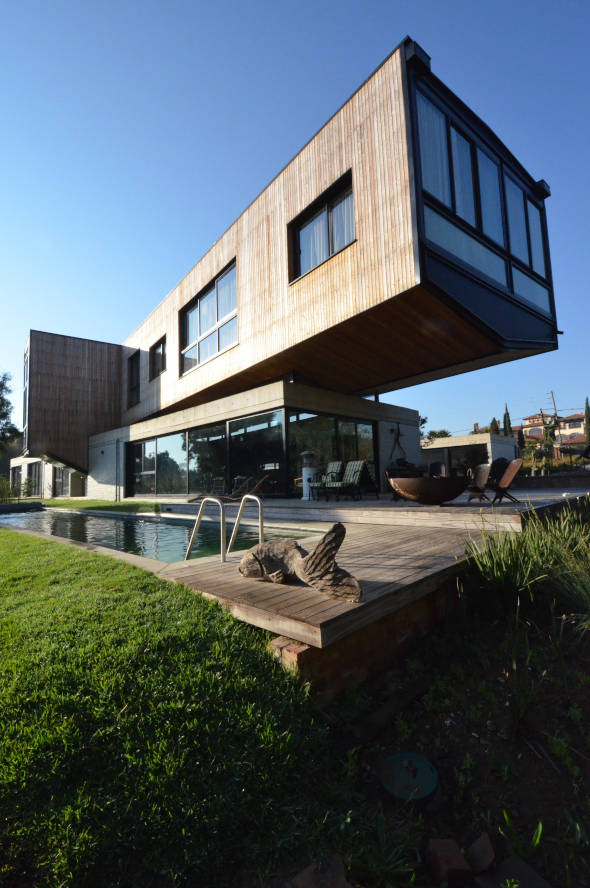 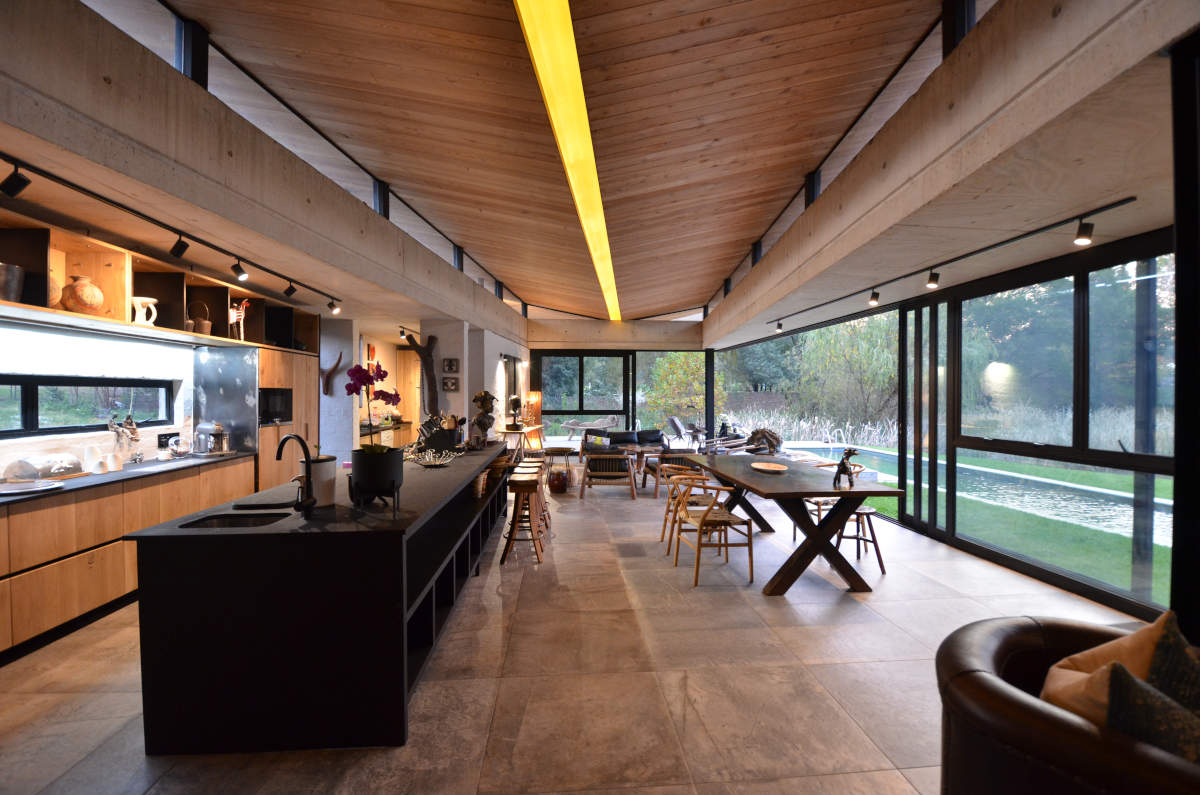 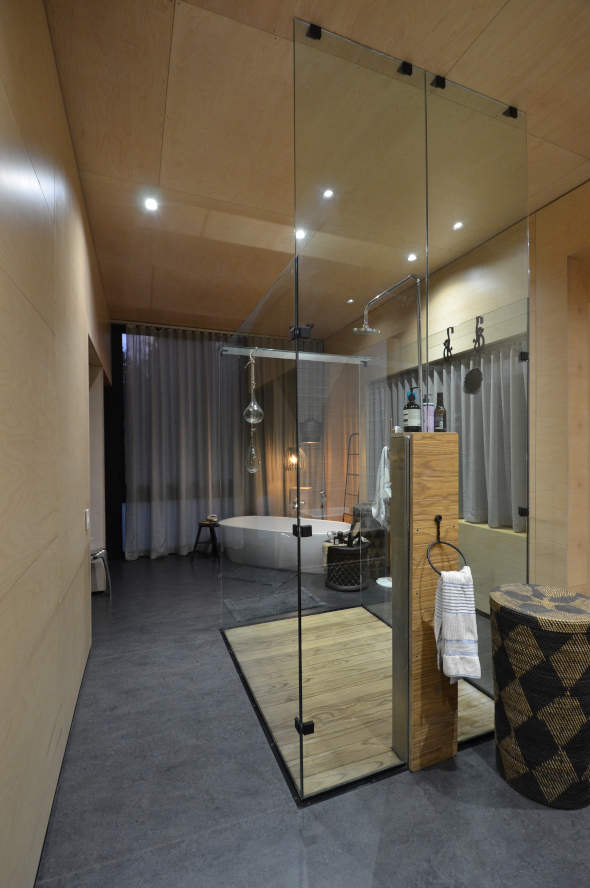 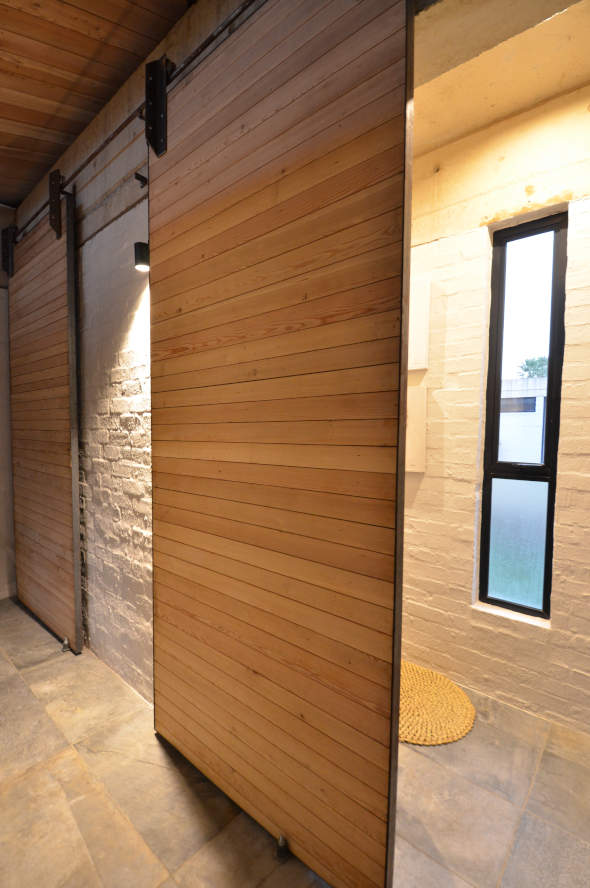 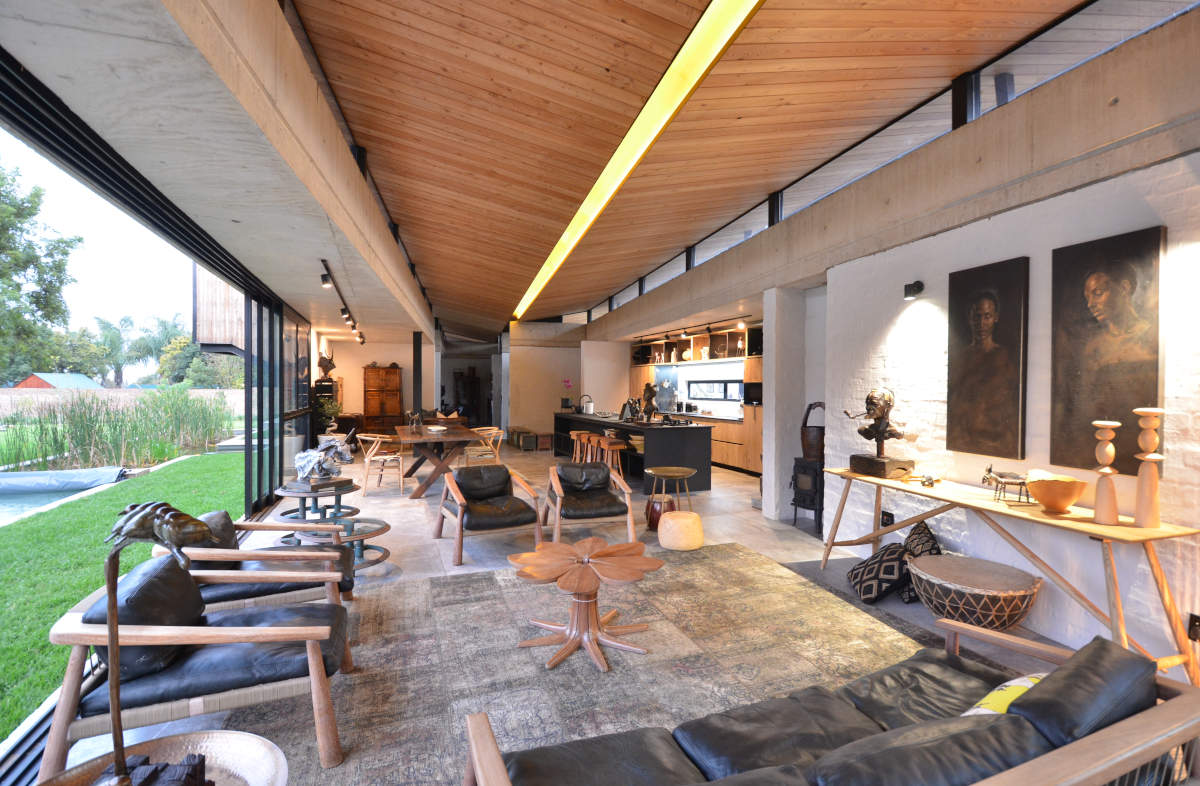