From its inception, TriBeCa was meant to represent the very best of company culture, focusing on fostering feelings of belonging to a family, & an idea of cultural identity.

TriBeCa Central Factory was meant to carry this idea through into the design of the building, giving the idea of caring for craft long before entering the building or sipping TriBeCa's coffee. In response to this, two wings were designed, one facing onto Old Jo'burg Road, & the other toward the industrial park, which would be the main entrance into the factory. The building stands out in its context as being almost a non-warehouse, surrounded by steel sheeted neighbours.

In the interior of the building, a synthesis is created between the brick façade flowing into the offices, & timber, steel & glass partitions creating offices, staircases & marketing shelves. This was carried throughout the rest of the building, with spaces such as the warehouse control office keeping the same material palette.

All in all, TriBeCa Central is the crowning jewel to the family of TriBeCa & Lucky Bread. Over many years of a prosperous relationship with Earthworld Architects & Interiors, the lines between architecture, interior design, & brand identity have become blurred, culminating in a building that is more than just a warehouse or factory, it’s a manifestation of TriBeCa itself. 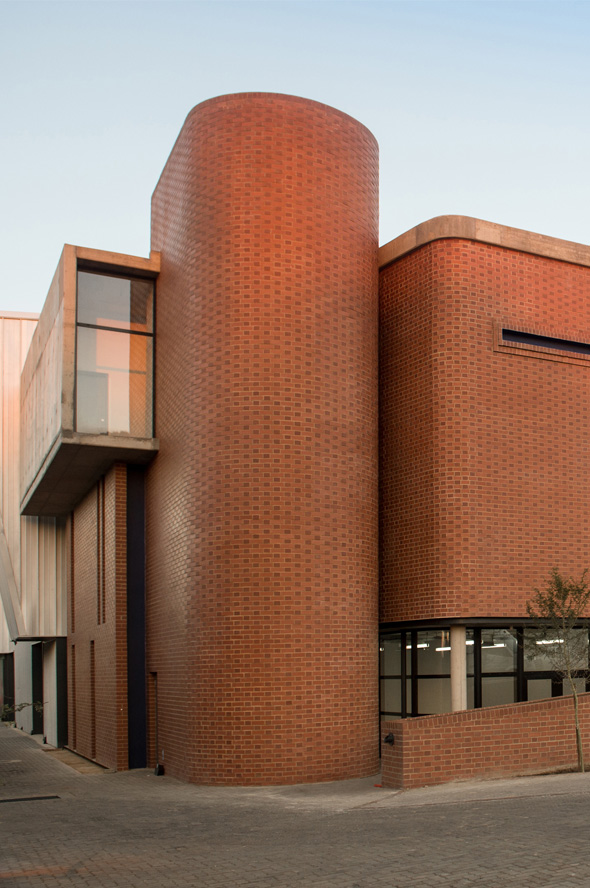 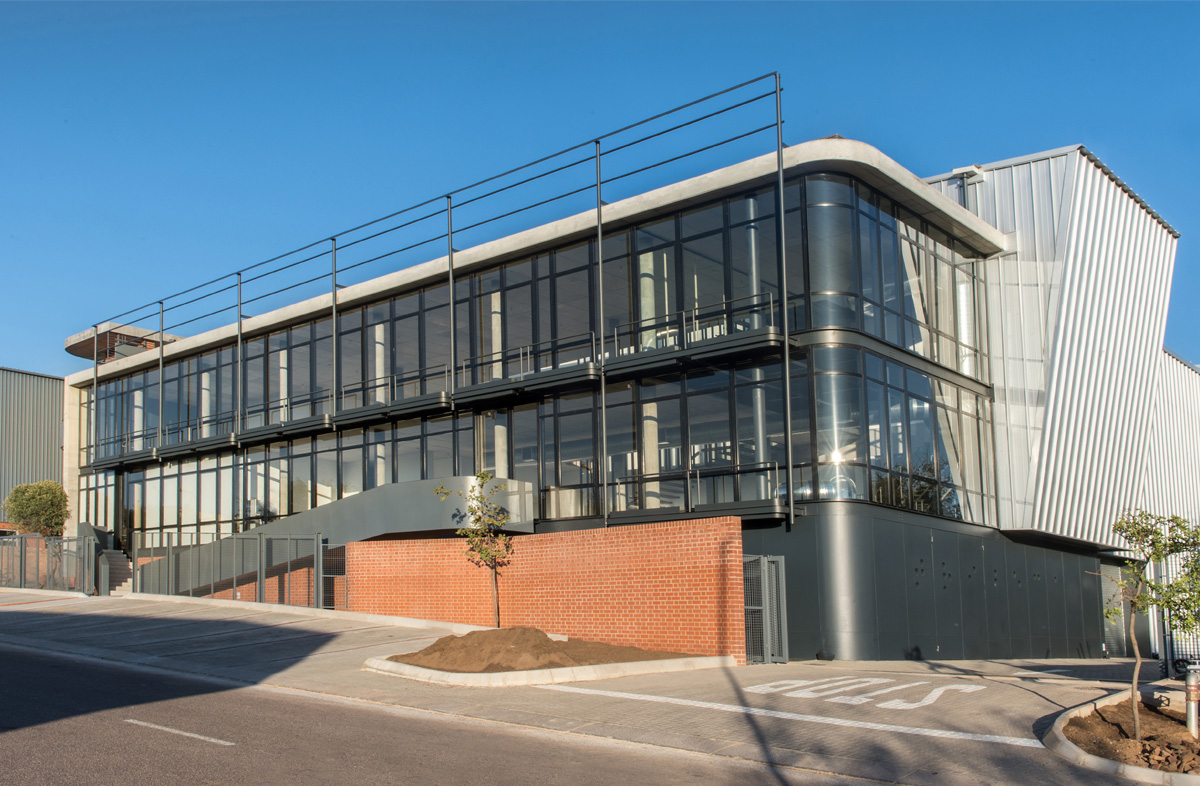 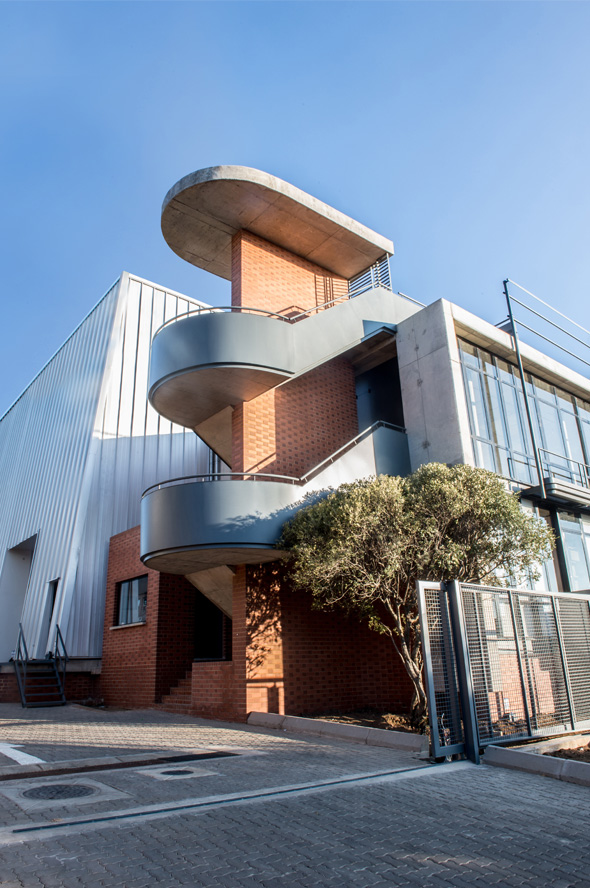 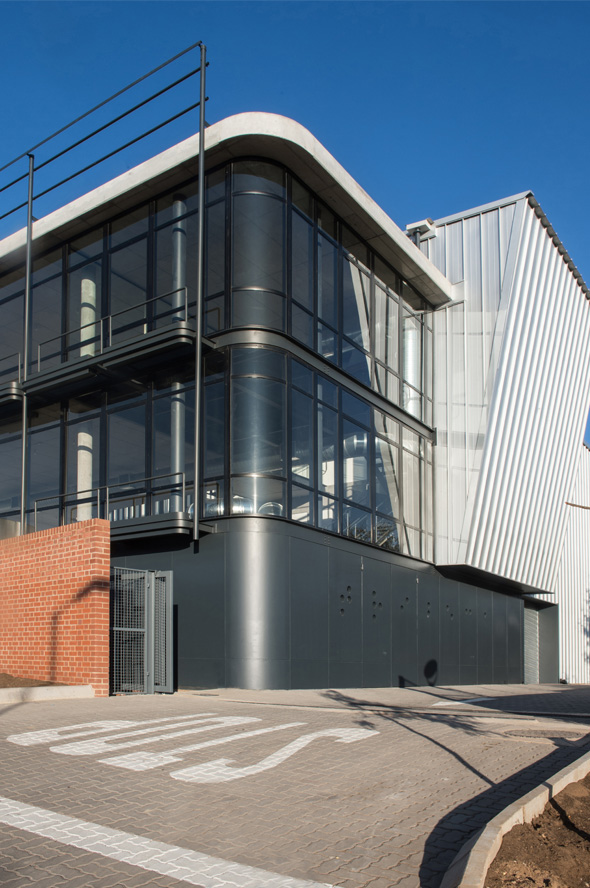 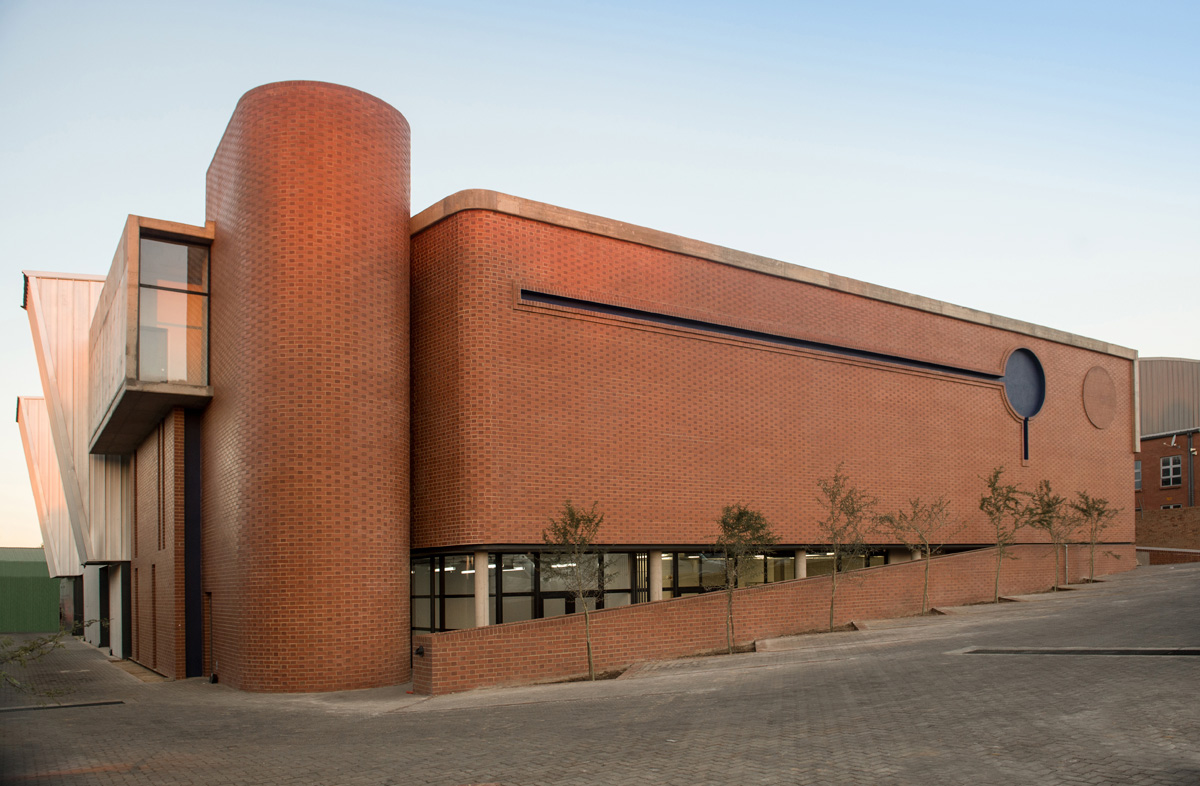 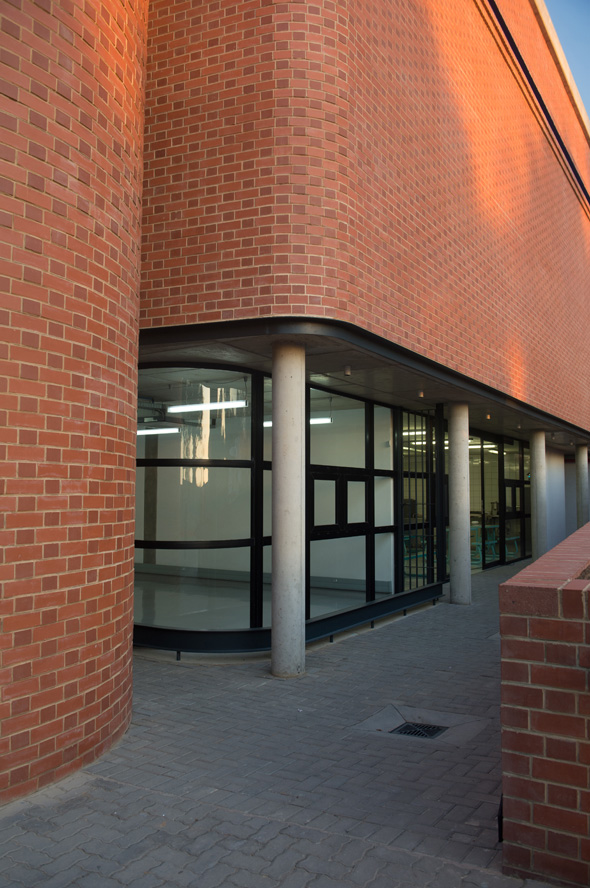 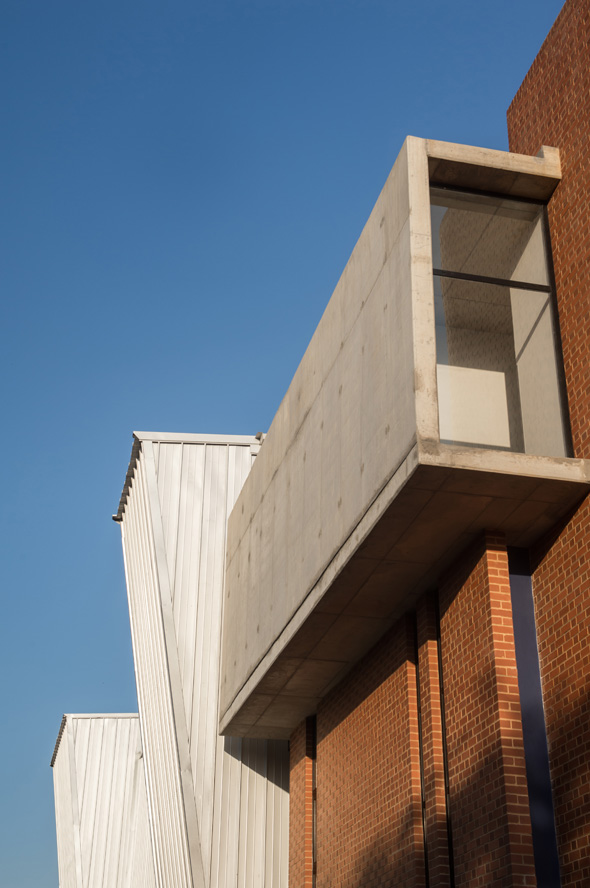 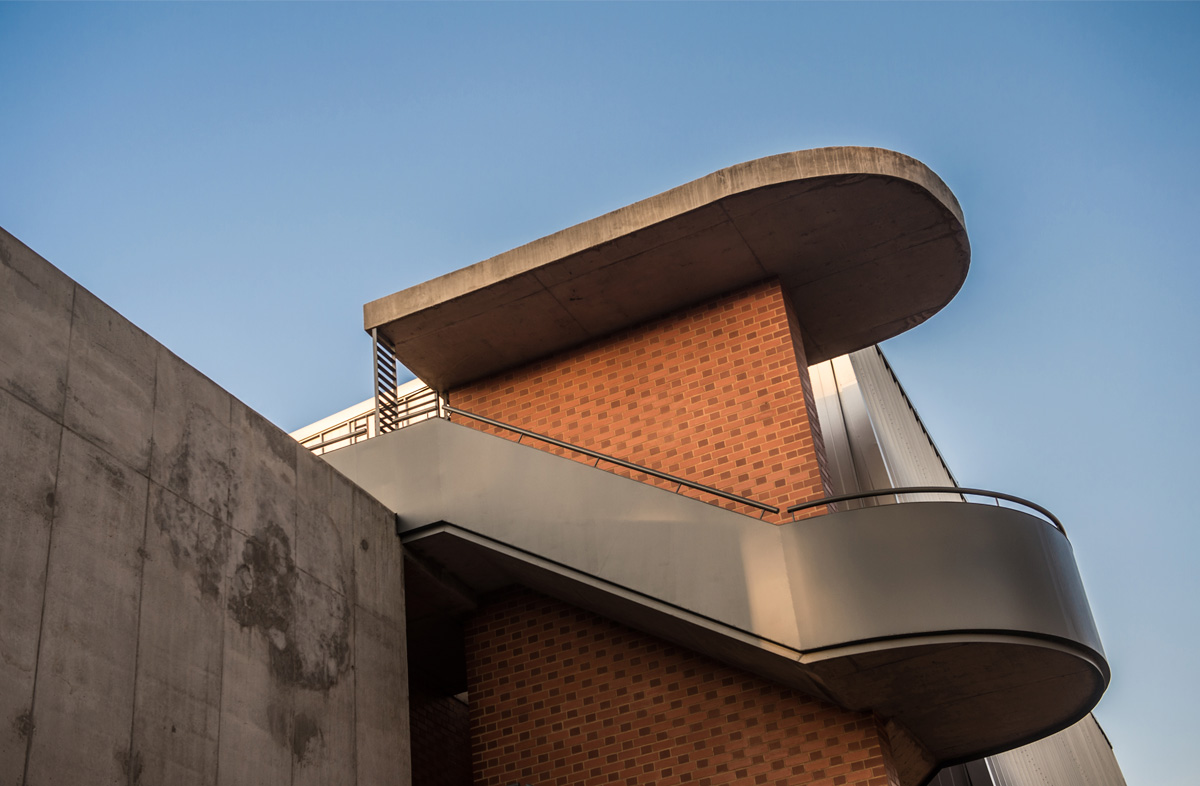 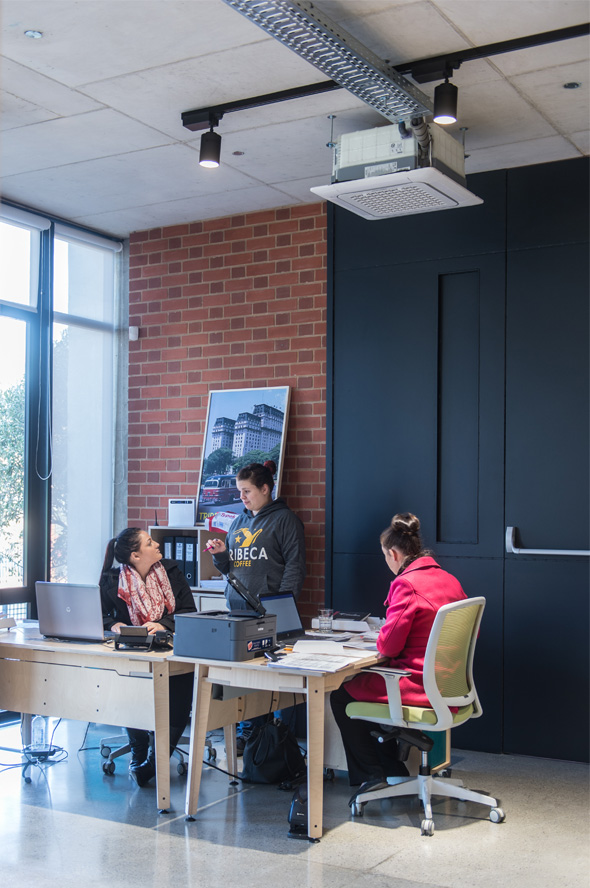 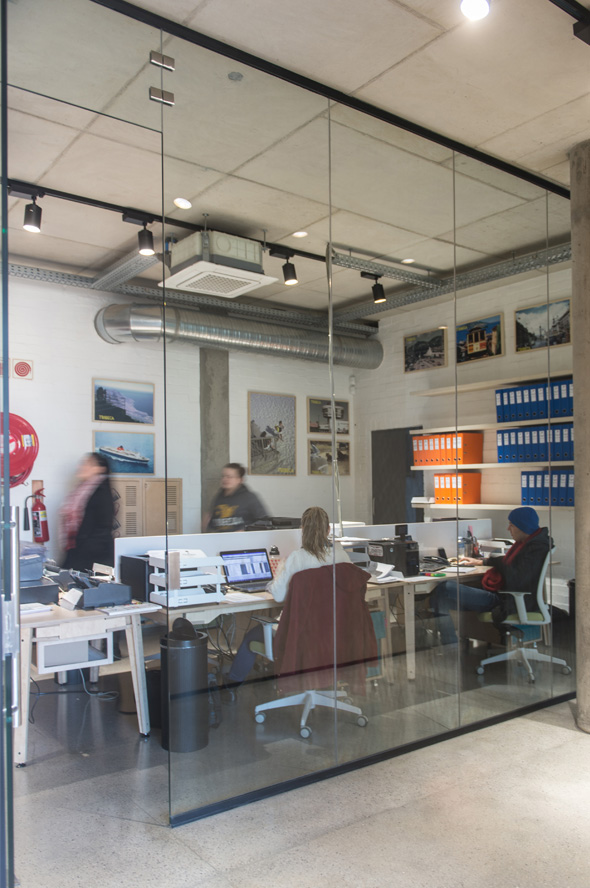 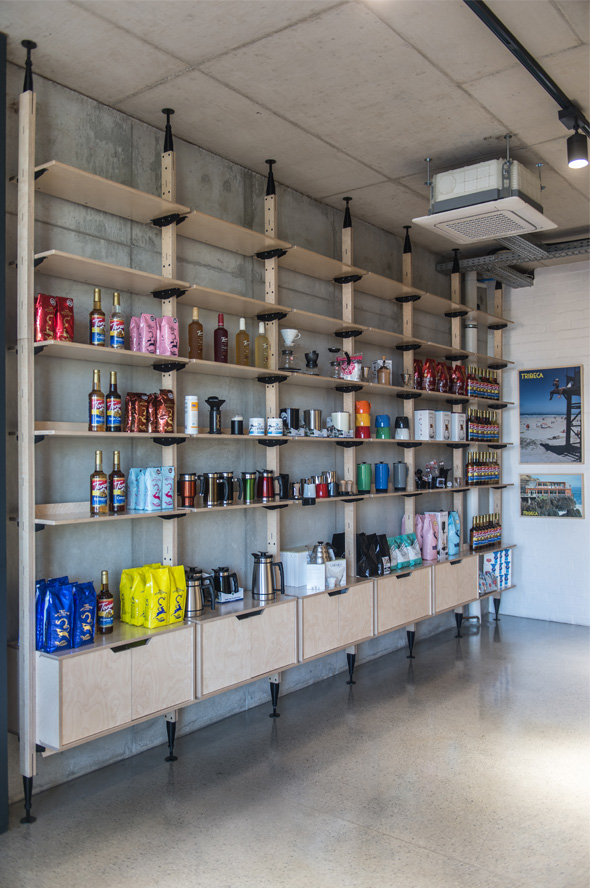