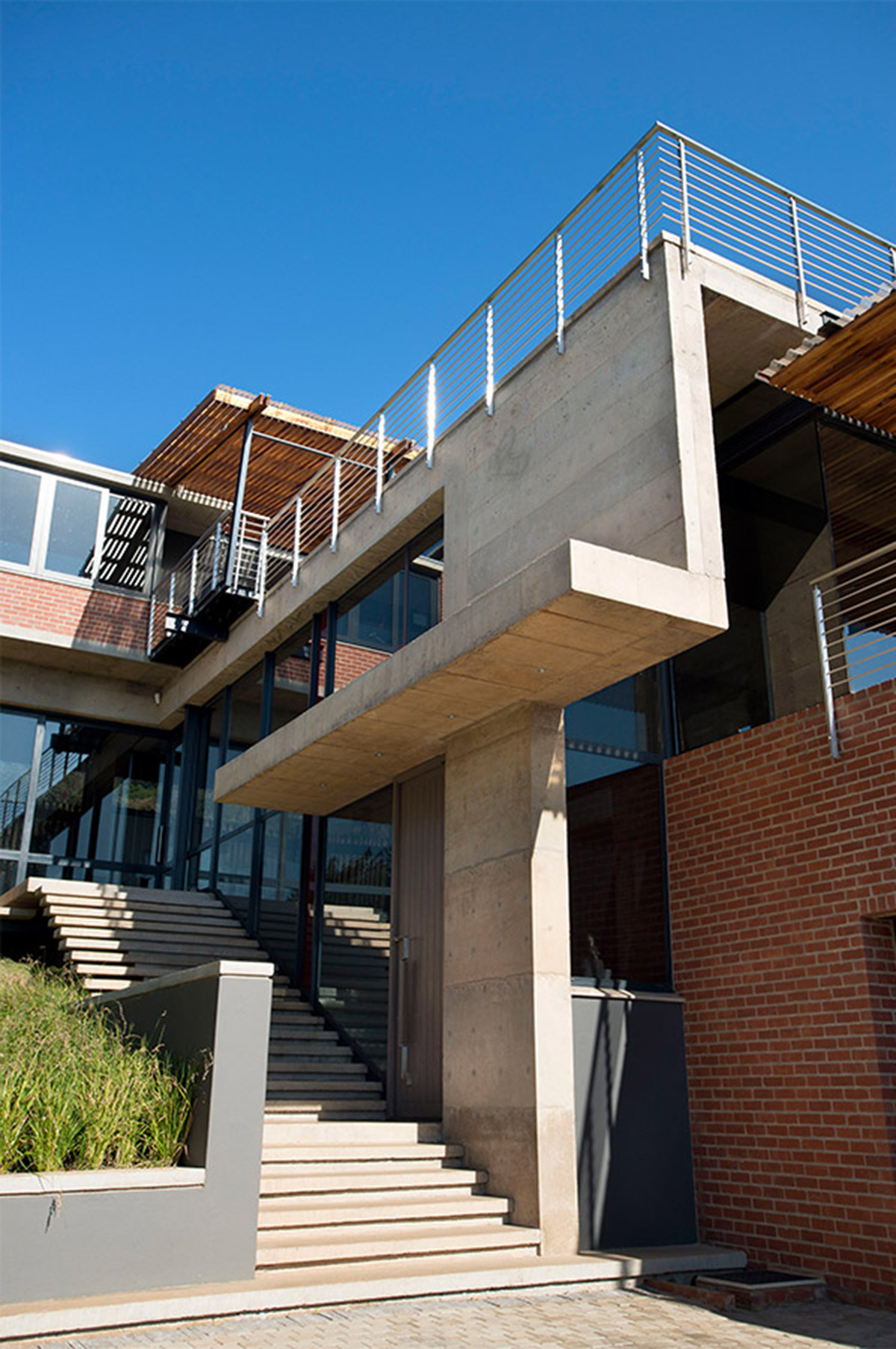 There’s nothing quite like a breath-taking panoramic view from an elevated position such as the one found at the very top of Groenkloof, overlooking the green & purple tinted city of Pretoria. Few could ever dream of being able to enjoy such a view from the comfort of their favorite armchair, let alone on a daily basis.

The challenge for any architect, is to ensure that such a view does not become part and parcel of the hustle and bustle of everyday life. This is achieved by framing its glory in certain areas of the house, while only alluding to it in others.

The spatial hierarchy of the house moves from shared space on the upper most levels, to more intimate spaces below. This hierarchy became emphasized through the choice of materiality and texture, using glazing, brick & concrete in varying amounts to create different environments. The latter two were incorporated in a manner remaining true to their nature, reflecting the honesty that went into the creation of the house, both in a physical as well as creative sense.

The typography of the site allowed for a well-integrated, terraced landscape to be created, mirrored in the positioning and planning of the house itself. This terracing projects the foreground of the house, allowing the natural, panoramic back drop to be juxtapositoned with the solid geometry of the building.

The more intimate spaces, such as the bedrooms & private lounges are far more stereotonic in their composition in comparison to the shared spaces, which are more open and exposed. Yet, these areas still allow for a play of light contrasting this heaviness with a clerestory and screens that allow in dappled sunlight, warming the spaces and including the unexpected surprise of a view to the south, framing Groenkloof itself. 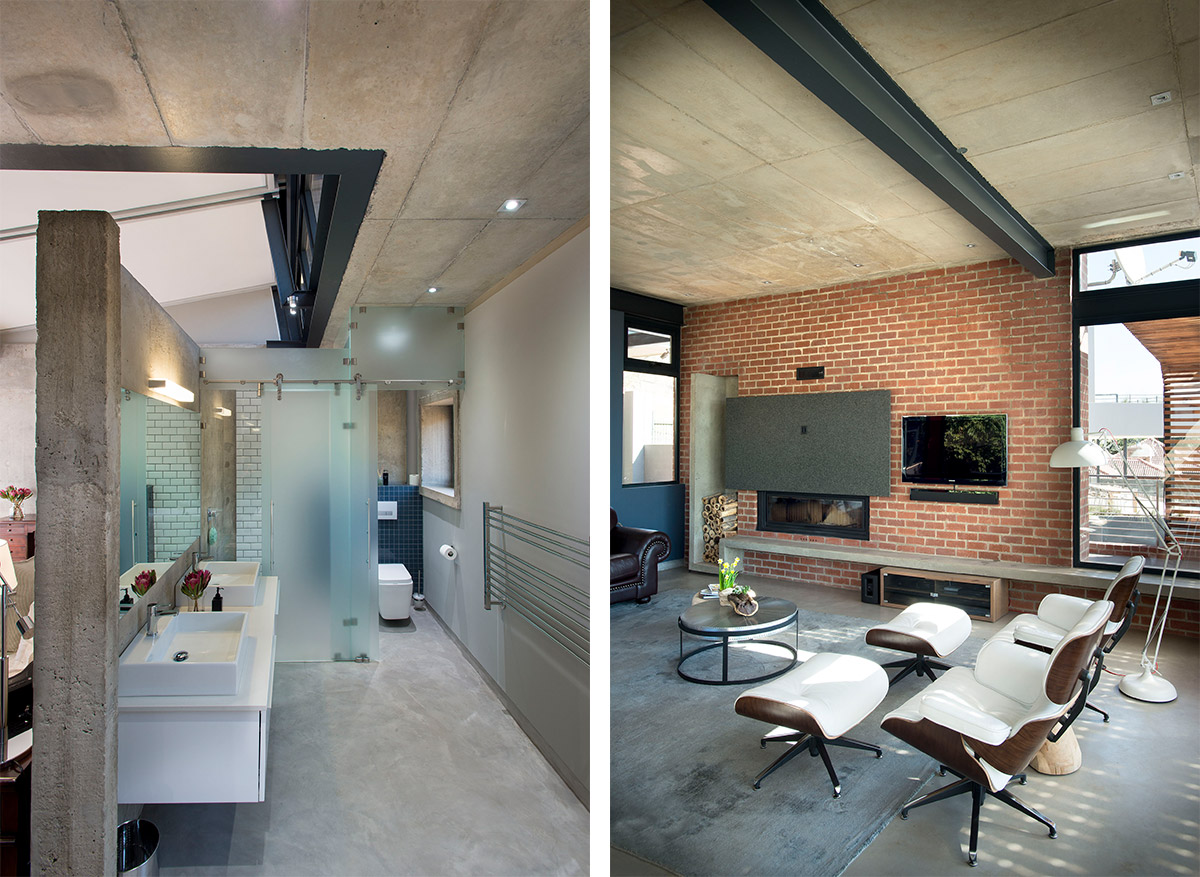 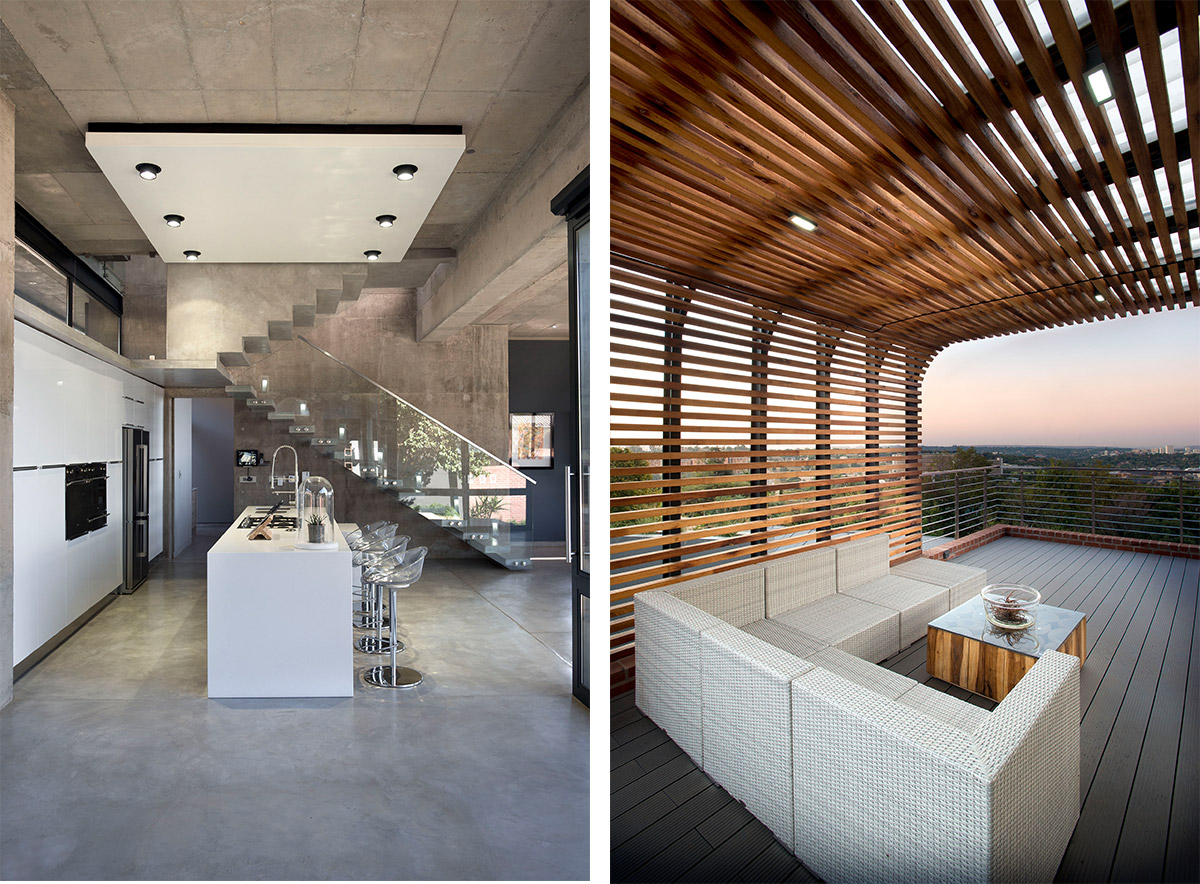