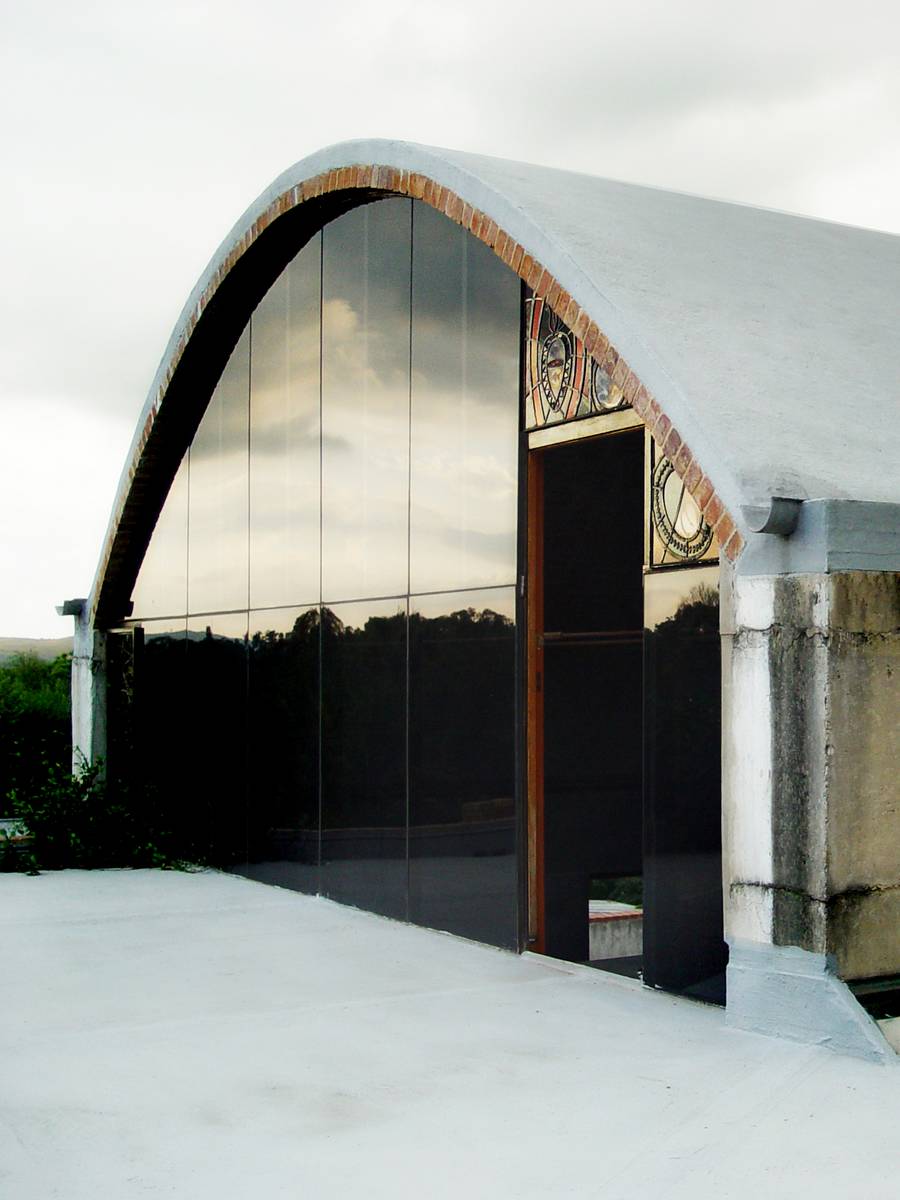 The site is situated at the foot of the Northern hang of Meintjies Kop. A “Kopje” gaining prominence due to its southern hang providing the backdrop of the “Union Buildings”. Riviera is one of the oldest established suburbs in Pretoria and in the late 40’s, 50’s & 60’s Riviera developed as a young middle-income suburb giving young architects ample opportunity for innovation. Thus, largely due to the efforts of architects like Helmut Stauch, the suburb is strewn with examples of a style of architecture later defined as “the Transvaal School”, also called “the Third Vernacular”. The clients had stumbled upon an old run-down house which was perfect in the sense that it was situated on a rectangular site and had a west entry with a longer boundary facing north. The clients’ recent travels to the Middle-East and Mediterranean had sensitized them to the ancient and innovative building techniques forgotten in the modern age of physical engineering and high-tech materials.

The brief was simple and fairly open-ended and had called for the design of a house with character, where materials and the effective use thereof would be prevalent. The basic design parameters were to design a shell suitable for future conversion in order to adapt to changing requirements and lifestyle. The project offered the opportunity to become intimately involved in the construction process, where detail development would only be complete on completion of the construction process. This approach would also give the clients ample opportunity to take ownership of the building by participating in and living with the creation process, so often seen by clients as a frustration rather than a phenomenological understanding of their being in this world.

The house is a basic construction of mass masonry, off-shutter concrete, glass walls and structural masonry barrel vault roofs. Unpainted plastered walls and basic granolith floors, highlighted by tinted patterns by the client’s wife. Apart from two internal doors to the guest toilet and the bathroom (sections remaining from the existing structure) the only internal door is a steel and glass door designed by the client’s wife. The central articulation of the space is by natural light let into the main living space through heat-absorbing glass on the western- and eastern facades.

The basic volumes are simple rectangular shapes, almost 7.5m in height. The solids are only broken where a small door punctures the northern façade. The character of the space is enhanced by the “larger –than-life” stained glass figures tinting the space in indigo, red and magenta. 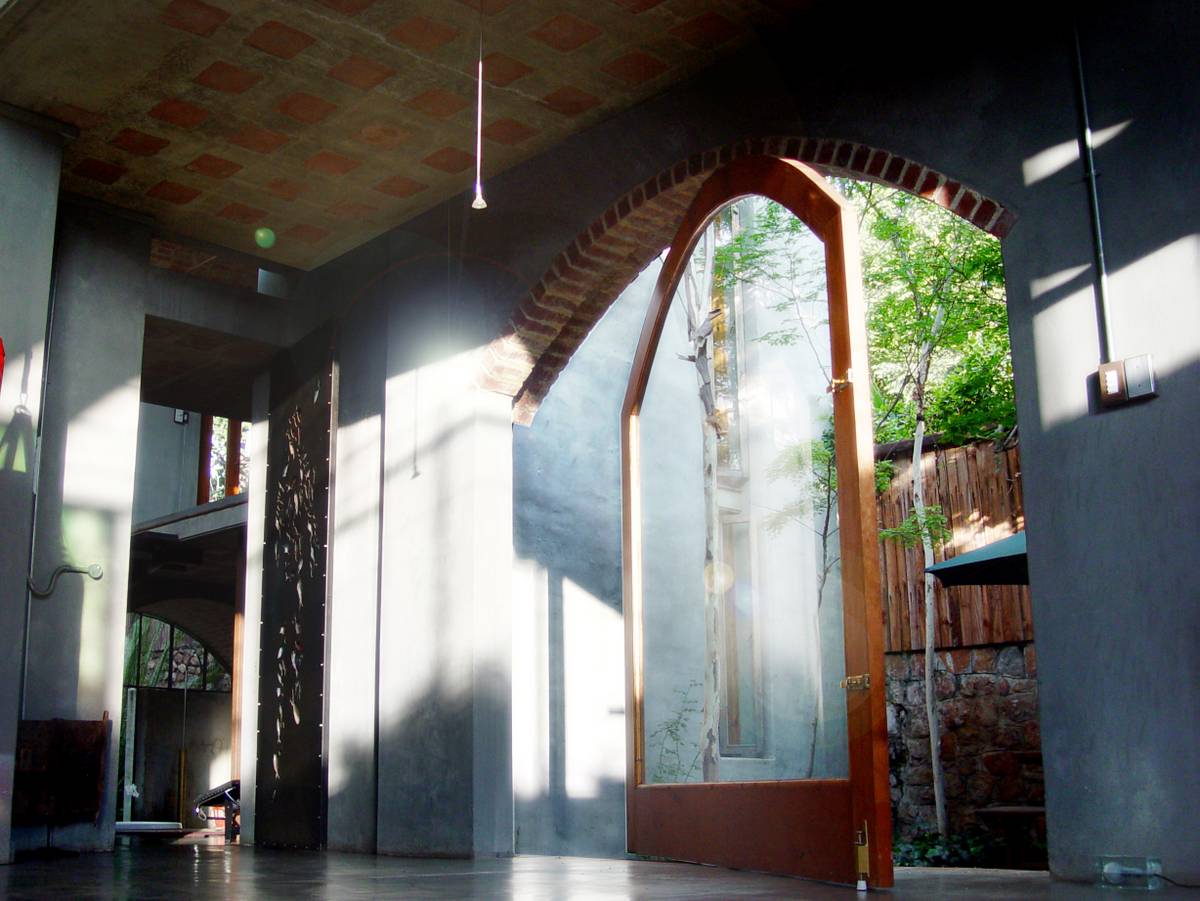 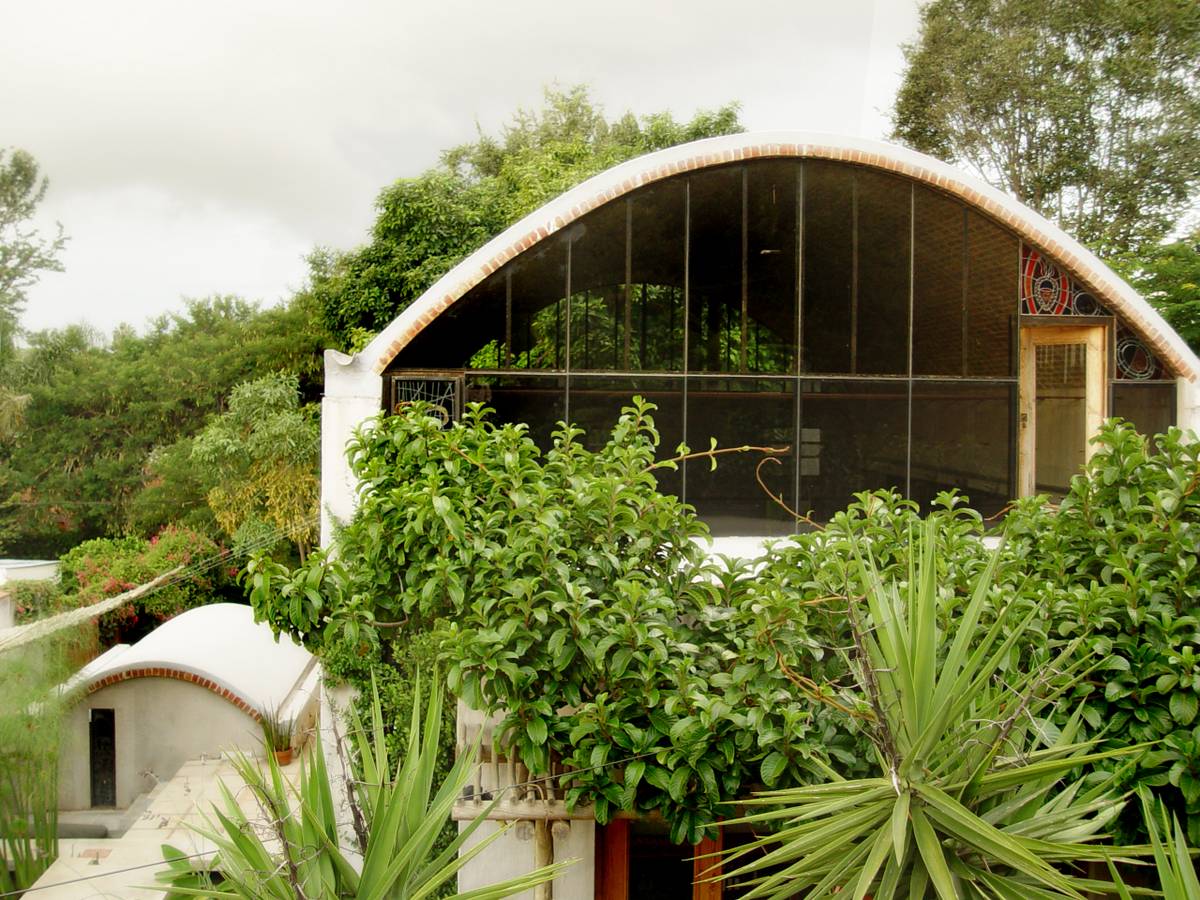 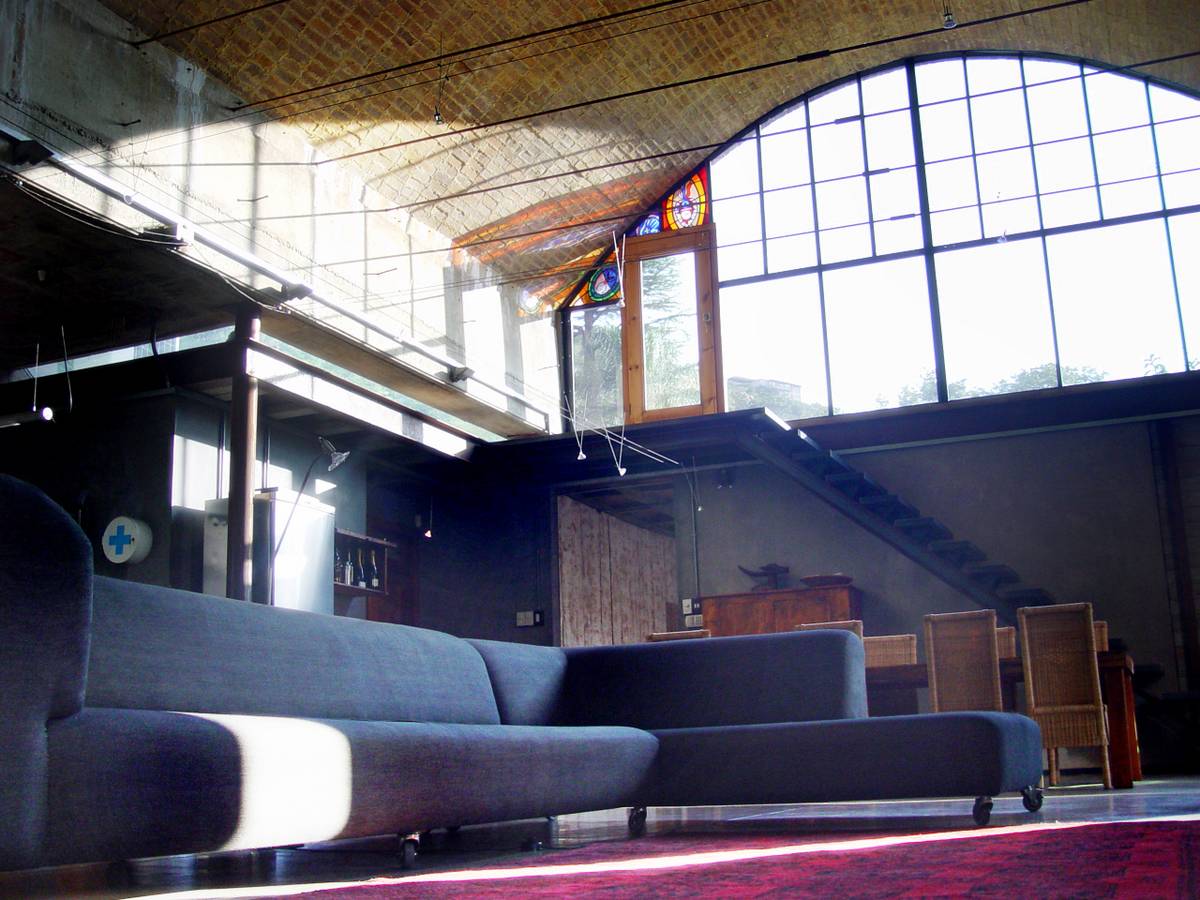