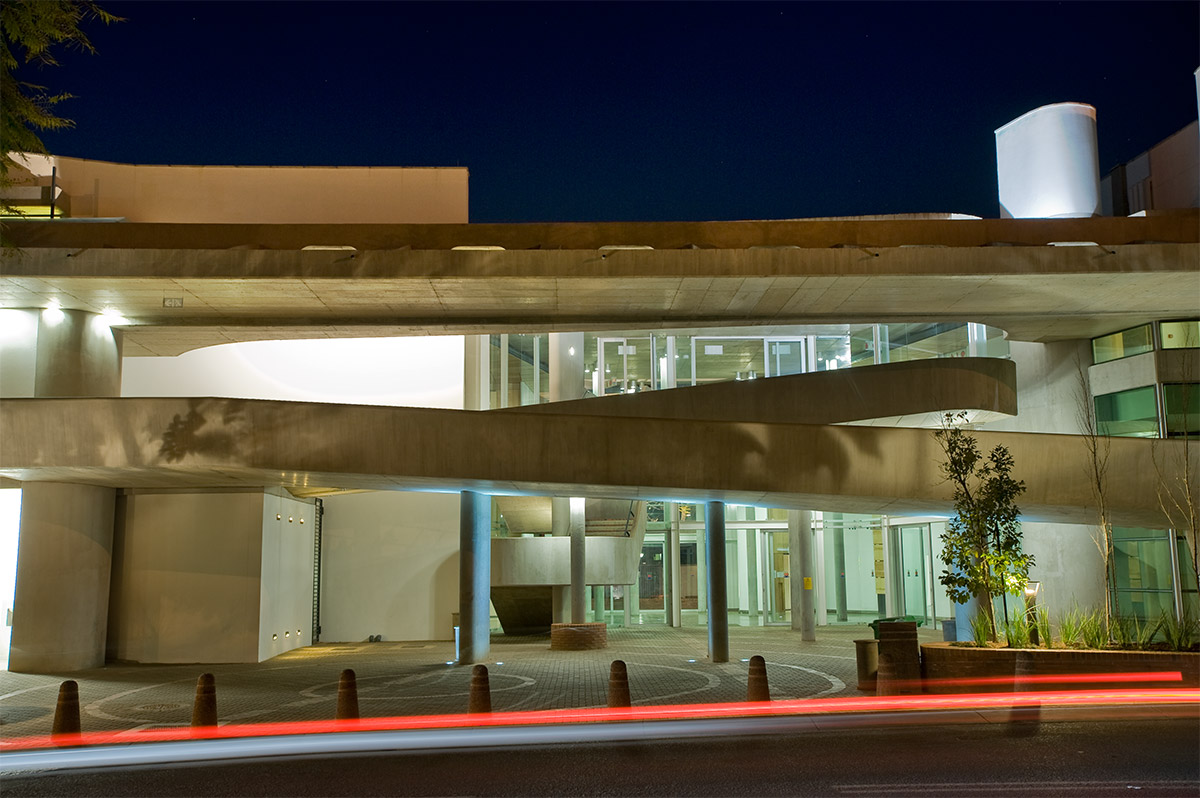 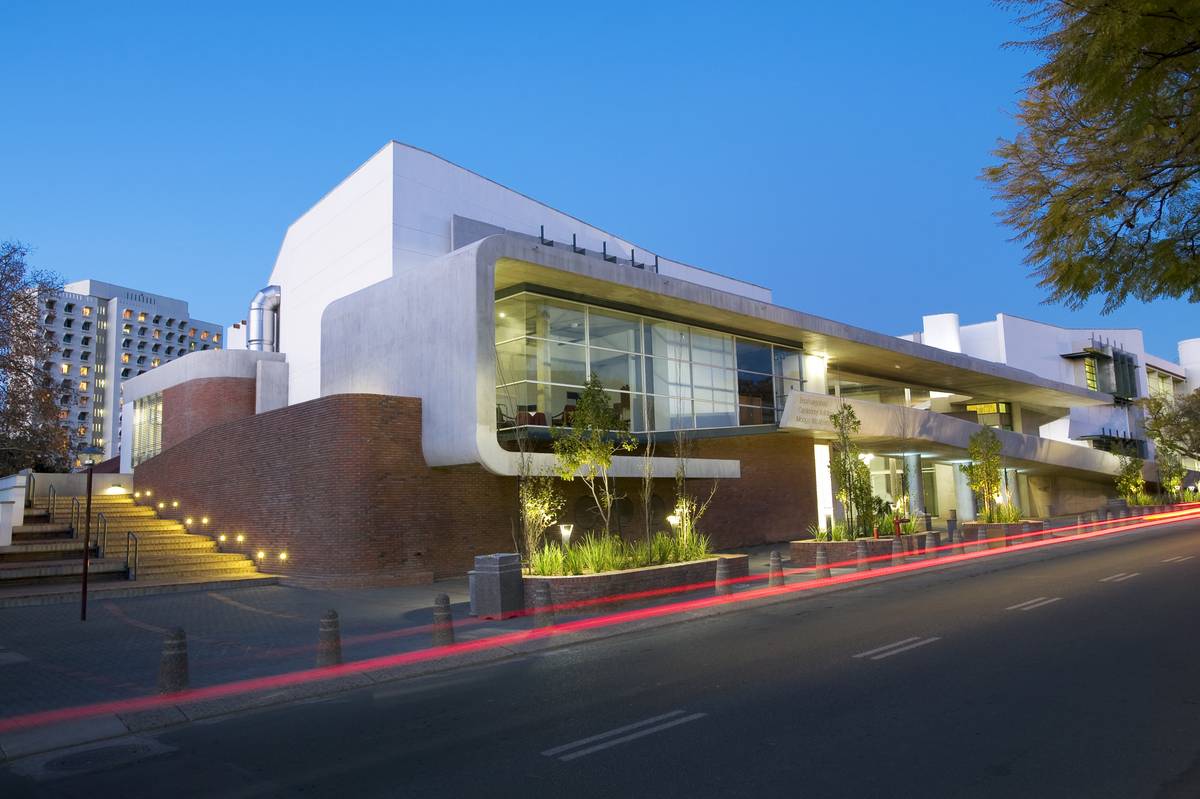 The appropriately named Centenary Building (or Eeufeesgebou) commemorates a hundred years of architectural diversity on the University of Pretoria campus. The vision and growth of the academic community resulted in an eclectic array of architectural styles in one precinct. Recently, the University introduced architectural competitions – a practice that calls for a greater degree of design reflection and encourages informed aesthetic judgement. The winning submission for the Centenary Building – a lecture-cum-examination complex – ably answered the demanding brief, while contributing a responsible contextual intervention.

The pragmatic requirements of the six 300-seater auditoria necessitated a form-driven design approach that could easily have resulted in an introverted, monolithic interpretation.

Yet, the complex yielded a surprisingly multi-dimensional result. On a micro scale, the Centenary Building engages with its neighbours by consciously responding to their diversity in scale, proportion and finishes. It overtly acknowledges the adjacent neo-modern Law Faculty Building and continues its deliberated street front and axes. Furthermore, the Centenary Building gives equal prominence to internal and external space, with much of the circulation occurring on the exterior – a gesture purposely establishing a public interface between the complex and its surroundings. The Centenary Building also reacts to existing pedestrian patterns, resulting in different circulation routes and means of access which contributed substantially to its formal modulation. (Regrettably, the subsequent addition of redundant security fencing has marred the intention of providing greater coherence to the built fabric of the campus.)

On a macro scale, the Building draws inspiration from other celebrated structures in its proximity, particularly the sculptural modernist examples by Jooste and Sandrock. The reappraisal of the modernist heritage – both on campus and beyond – is markedly tempered by a sensitivity to context that is emblematic of a younger generation’s disaffection of architectural egocentrism. Perhaps unselfconsciously, the Centenary Building pays homage to Alvar Aalto, executed by an architect equally skilled at the sculptural treatment of form and space. In turn, the exploitation of the dynamics of movement echoes le Corbusier’s promenade architecturale. The spatial continuum of the ramp, the celebrated stairwells and moments of pause and rotation undeniably situate the work in the modernist provenance. However, the ultimate merit of the Centenary Building resides in the creation of a microregionalism through the perceptive distillation of a design idiom, specific to the campus of the University of Pretoria. 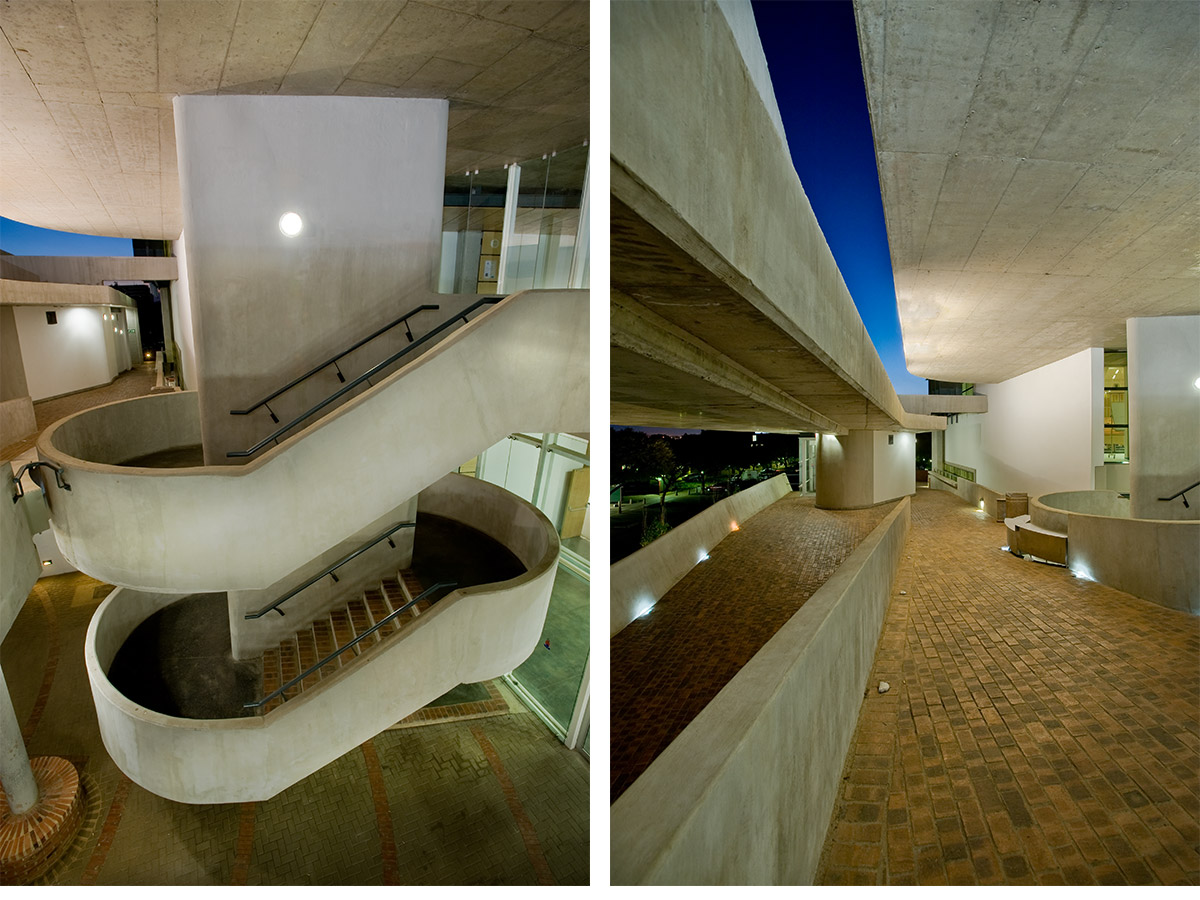 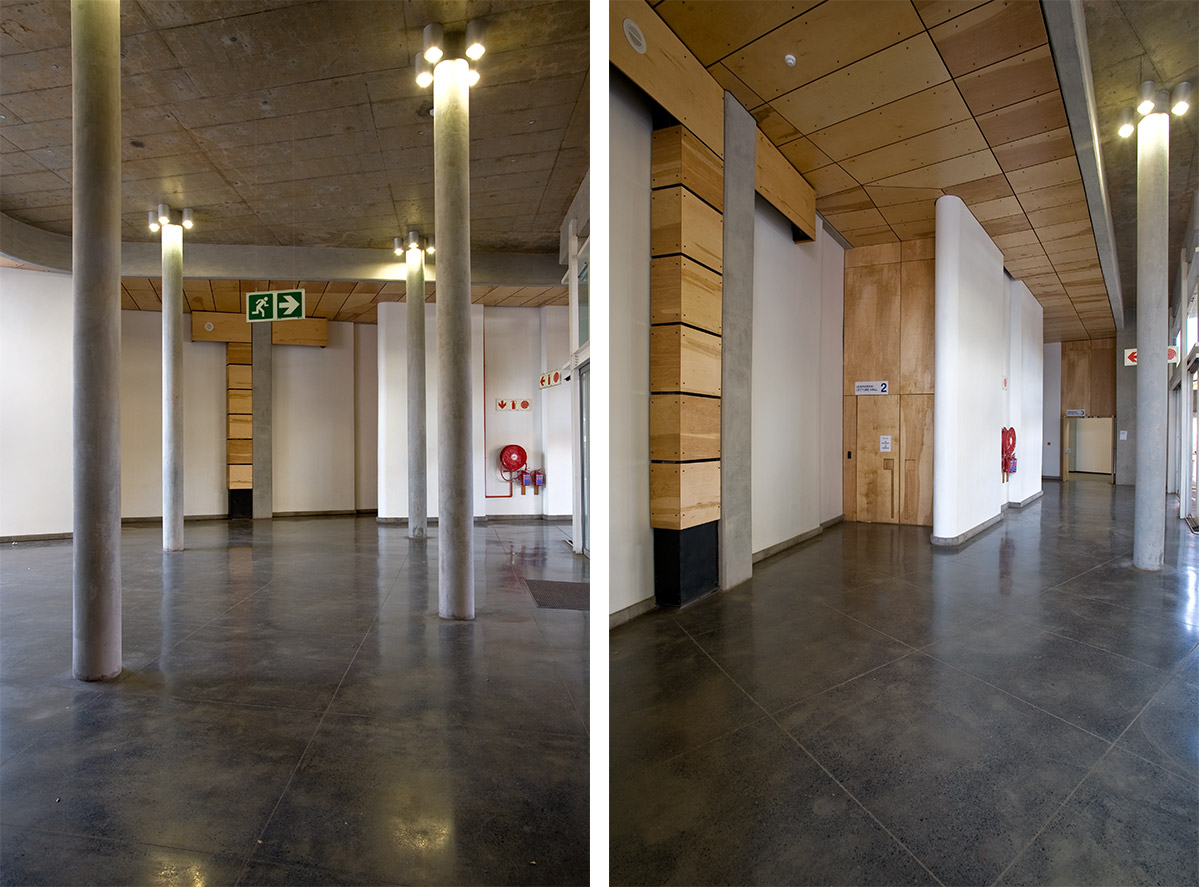